Home » Gwen and Her Kids Play in Central Park!

Gwen Stefani is one energetic mama! Just a couple hours after she performed live in Central Park as part of Good Morning America’s Summer Concert Series, the singer returned with her boys to play at the amusement park. 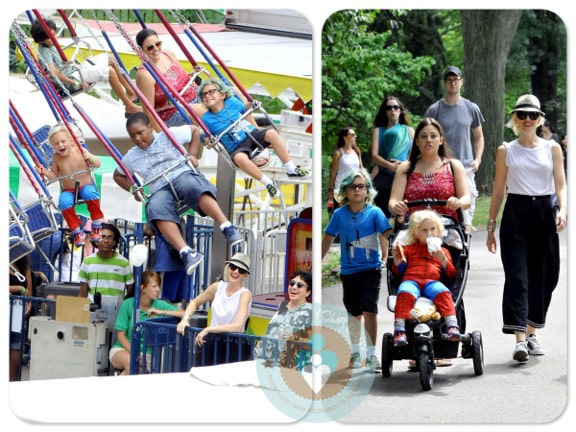 While accompanied by two nannies, Gwen strolled through and watched her boys hit every single ride in the park. Zuma arrived wearing Spiderman from head to toe but quickly stripped off his shirt to stay cool from the NYC Summer heat.

While they are in town the pre-schooler and his big brother are enjoying everything that New York City has to offer!  Before hitting the amusement park, they were treated to a carriage ride and some ice pops. 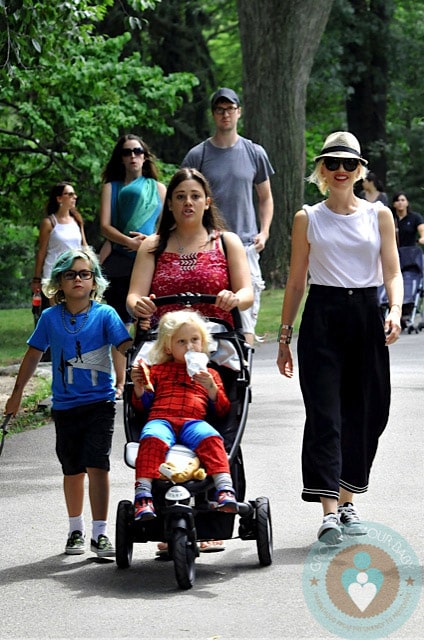 Known for her extensive collection of exclusive strollers, Gwen is first out of the gate to have the new bloom Zen stroller.