Home » Gwen Stefani Hangs Out At The Beach With Zuma

While dressed in all white Gwen Stefani enjoyed a casual day at the Annenberg Beach House in Santa Monica with her youngest son Zuma and her parents on Saturday. 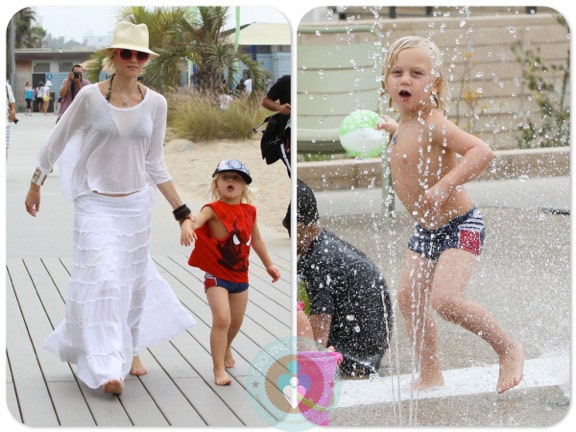 Full of energy, Zuma ran around the park at the edge of the beach whipping through the sprinklers to cool down. He quickly made friends with some of the other kids and played waterguns with a little girl who was wearing a Harajuku Mini top.

For the last couple months Gwen has been busy recording a new album with band No Doubt. Last week she tweeted that their first single, new single, “Settle Down,” would be released on Monday. 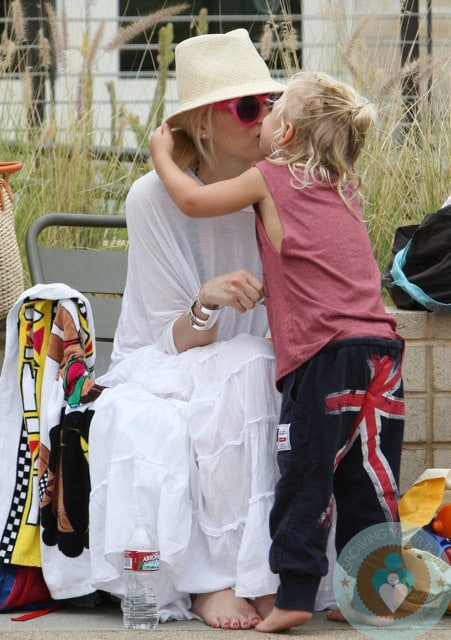 Gwen relaxed in a chair with her mom on the sidelines and cuddled with her little guy after her was done playing. 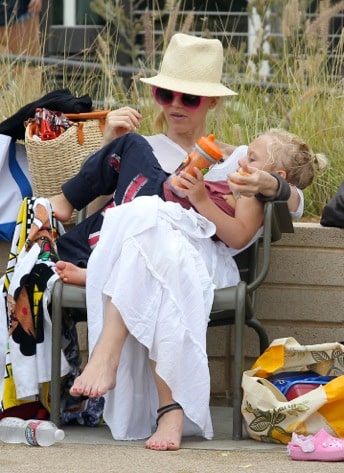 Such a cute family!