Home » Gwen Stefani Sits On The Sidelines With Her Boys

Gwen Stefani was photographed on the sidelines with her boys Kingston and Apollo while attending her middle son Zuma’s flag football game in Brentwood, California on May 17, 2014. 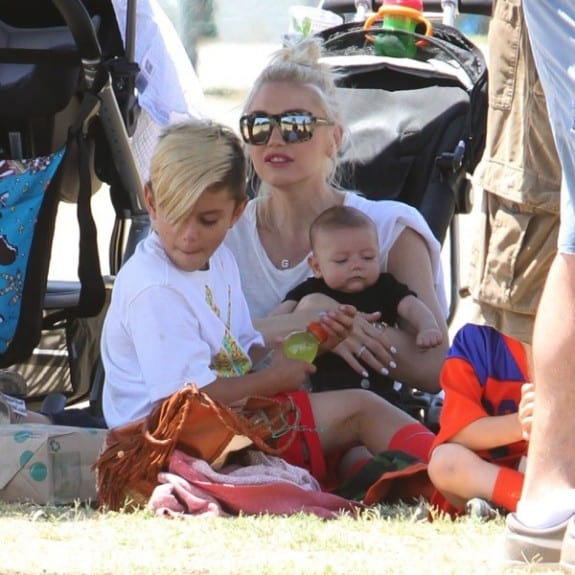 Relaxed, the singer nursed, and cuddled her little guy while sitting under a sun canopy with her older sons by her side. 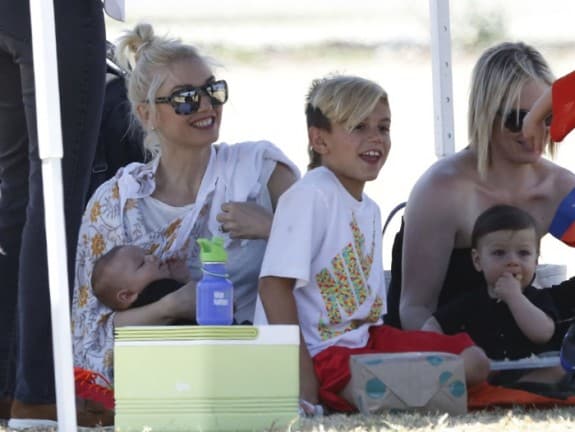 For the last few years Gwen has focused more on motherhood than her music career.   But, in just a couple weeks she will be back in spotlight when she joins Adam Levine, Blake Shelton and Pharrell for the 7th season of The Voice.

Gwen will replace Christina Aguilera, while she prepares to welcome her second child.

Last week Gwen hit the stage with Pharrell to perform Hollaback Girl for the crowd.  Hopefully this is the first of many performances we see from the singer during her time on The Voice. 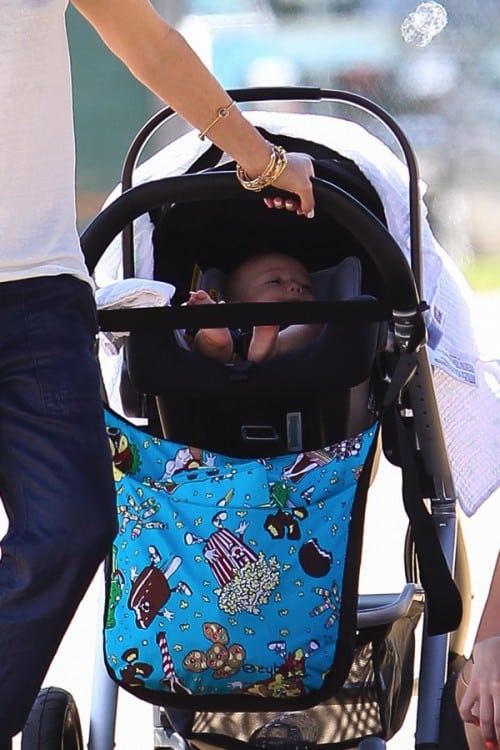