Home » Gwen Treats Her Boys To Some Sweets In Santa Monica

Gwen Stefani and her boys were spotted picking up some treats at Plops Cakeballs on Santa Monica Boulevard on Sunday. 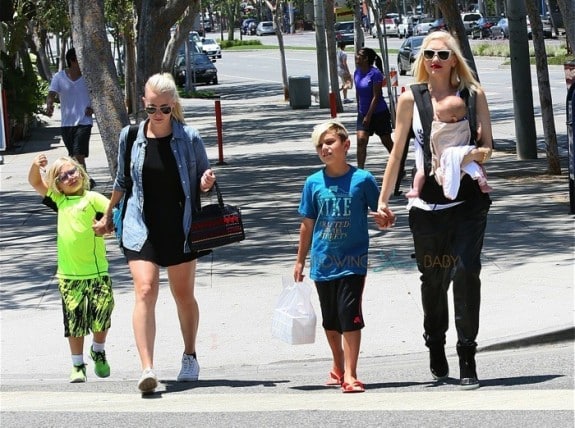 Gwen kept her youngest son Apollo close in an ERGObaby carrier, while holding Kingston’s hand. He carried three boxes of cakeballs for the family to enjoy later!

Earlier in the day Gwen treated her boys to some time at the salon, where they had their nails painted.  Zuma chose a shade that matched his bright shirt, shorts and trainers. 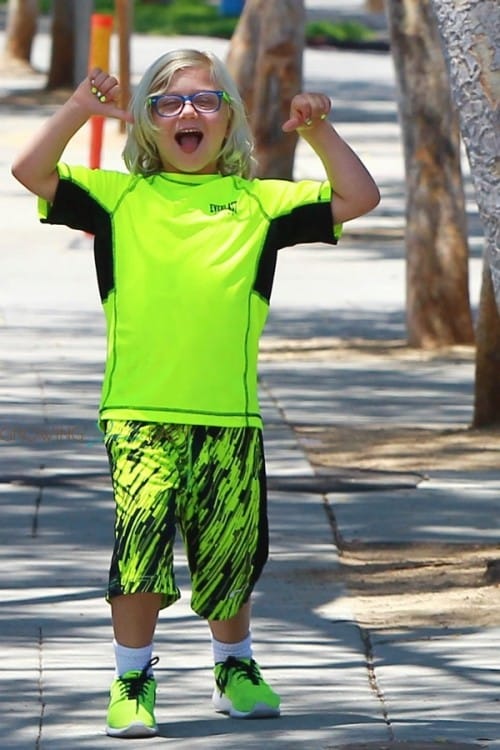 Gwen is currently filming the seventh season of NBC’s The Voice, which will air in September.  She will be subbing in for Christina Aguilera while the singer welcomes her second child.