Home » Less Than Half of All U.S. Mothers Take Maternity Leave

Numerous studies have shown that there are benefits for parents and baby when they are permitted time to bond immediately after birth. Unfortunately, the United States still does not offer paid maternity or paternity leave to families with newborns – and they remain the only industrialized nation to not do so. This, along with other factors, could explain why a new study found that less than half of all mothers are taking maternity leave. 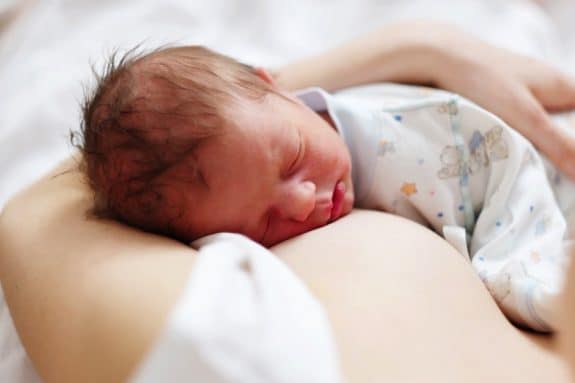 What is most concerning about this recent study is how the maternity rate has remained the same since the implementation of the Family and Medical Leave Act (FMLA) in 1993. In fact, only 273,000 American mothers took maternity leave each month between the years 1994 and 2015, and there has been no upward trend at all.

“Given the growing economy and the new state laws, I expected to see an increasing number of women taking maternity leave,” Jay Zagorsky, author of the study and researcher at the Ohio State University’s Center for Human Resources Research. “It was surprising and troubling that I didn’t.”

Yet mothers themselves are unlikely to find the lack of an upward trend surprising.

The FMLA does not solve all the issues that new families face. First, there are requirements that must be met to qualify for time off under the FMLA. Second, the FMLA does not equal paid time off. In fact, less than half of the 273,000 mothers who took a maternity leave were compensated by their employer, and only about 0.26 percent of employers are adding paid maternity leave programs to their benefits packages each year.

“At that rate, it will take about another decade before even half of U.S. women going on leave will get paid time off,” Zagorsky said. “This is a very low figure for the nation with the world’s largest annual gross domestic product.”

Women may also find themselves at a distinct disadvantage in the workforce if they take time off to care for their child. So, not only do they face possible financial strain, they may also lose out on opportunities for advancement or career growth – if they even have a job to come back to at all. For example, the FMLA has some pretty strict guidelines. If a mother has only been working for her employer a short time, she may not be able to qualify for job security.

Yet fathers are taking paternity leave – and many of them are getting paid for it. In comparison to the statistics on mothers, the number of fathers taking maternity leave has more than tripled over the last 22 years. Further, 70.7 percent of men are getting paid for that leave. Zagorsky suggests this could be partially due to the fact that men are less willing to take unpaid leaving to care for a newborn. I propose it is yet another case of gender inequality in the workforce, and another way that the United States continues to disadvantage both women and families.

So I, a United States citizen and mother of five, have just one question for my fellow women: When are we going to stop letting the government and our employers tell us we have to choose between family and our careers? I believe it is way past time for us to take action and speak out.