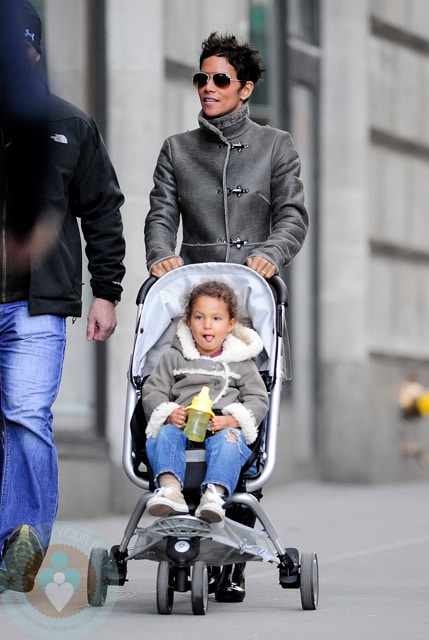 The actress, who is in the city to shoot the romantic comedy New Year’s Eve, spent some time in Central Park and strolled down 5th Avenue.

If the rumors are true, the pair may be calling NYC home this Fall.  Halle is reportedly confirmed to be starring in the Broadway play The Mountain Top opposite Samuel L. Jackson for 4 months at the end of this year.