Halle Berry held her son Maceo as she left Tra Di Noi in Malibu with husband Olivier Martinez and daughter Nahla in Malibu on Sunday. 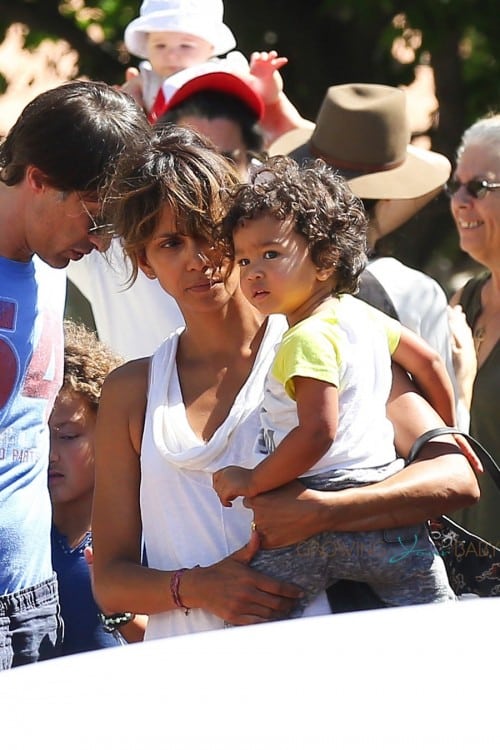 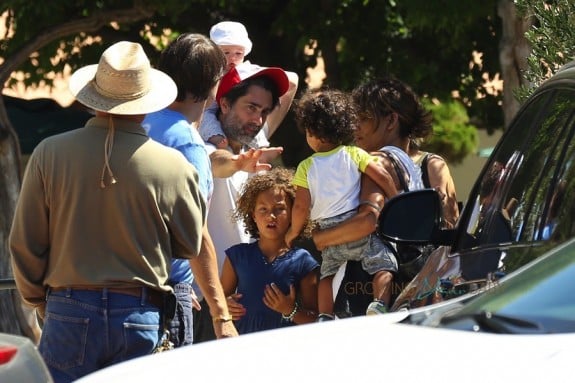 In recent months Halle and Olivier have been plagued by divorce rumors.  Rarely spotted together, the actress was also without her wedding ring for some time – blaming the absence on the ring being misplaced it at Mexico’s Acapulco International Film Festival.

The pair were photographed together twice this weekend, which could mean that they back on track or now on the same schedule!