Home » Halle Berry Steps Out For Lunch With Friends

A pregnant Halle Berry was photographed meeting some friends for lunch at the Riva Bella Ristorante in Beverly Hills, on Friday (October 4, 2013). 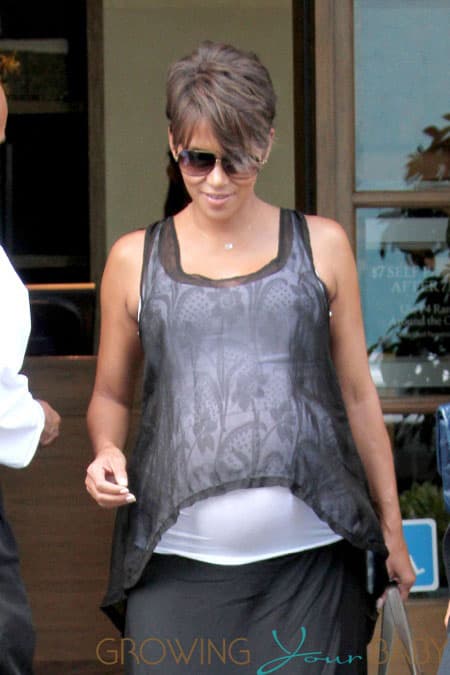 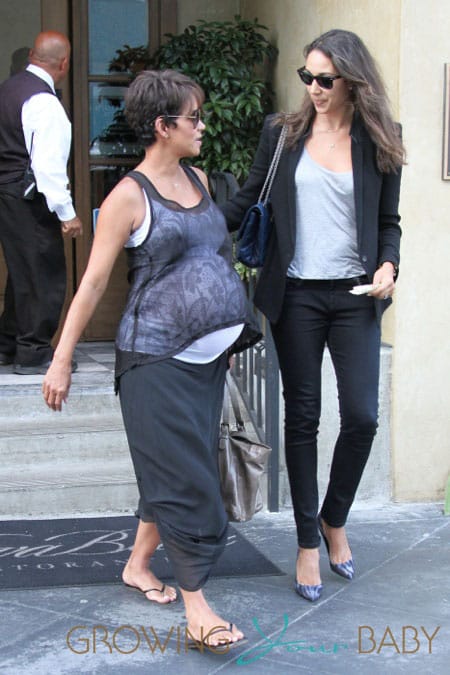 Not slowing down before her son arrives, Halle has reportedly signed on to star in Steven Spielberg’s summer drama Extant, a futuristic thriller about a female astronaut (Berry) trying to reconnect with her family when she returns after a year in outer space.

After the announcement was made, Halle told the Hollywood Reporter,

“I’m always on the lookout for amazing roles, and when you see material that contains this strong of auspices, nuance and complexity, it compels me to run toward it no matter the medium. For five months a year I’ll get to live with and play this incredibly intelligent and vulnerable woman. And for the remainder of the year, I’ll continue to look for other roles that move me as deeply as this one. I’ve found amazing partners in CBS’s Nina Tassler and Les Moonves, and the incredible Steven Spielberg, along with his Amblin production team, whose vision and creativity in storytelling is unparalleled.”

In the past she has appeared on TV in Knot’s Landing, Living Dolls and most recently HBO’s Introducing Dorothy Dandridge, for which she earned an Emmy, a Golden Globe and a SAG Award.

Halle is reportedly due with her second child in two weeks.  She definitely wears her pregnancy well!