There were no good options left when 16-month-old Lucas Edward relapsed during treatment for his acute lymphoblastic leukemia (ALL.) Doctors agreed that his only chance of survival was a risky stem cell transplant from his dad as part of an American clinical trial. 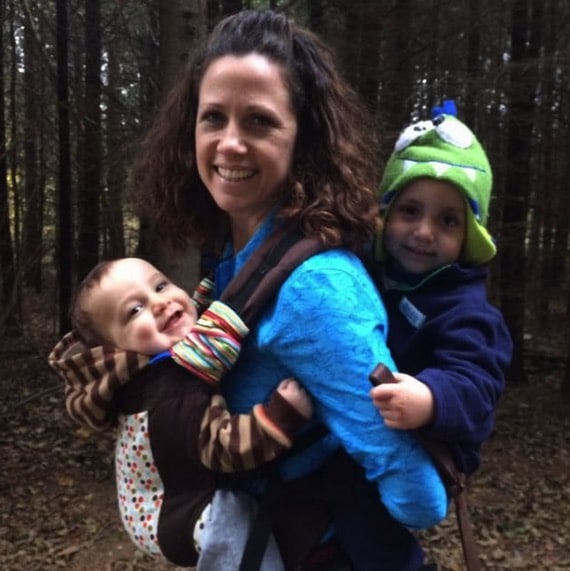 Mark Edward’s stem cells were only a partial match for his son, but doctors knew the child was out of time and would die waiting for an ideal match, especially considering that he is half Middle Eastern. The odds of finding a multiracial stem cell donor for Lucas were virtually nonexistent. In a last desperate attempt to save their child, Mark and Kate Edward decided on the haploidentical stem cell transplant, half-matched, that is being tested at St. Jude Children’s Research Hospital in Memphis.

Kate Edwards had been taking baby Lucas to the doctor weekly in advance of his nine-month well baby checkup. He’d been sick for a month, pale and listless, and looking like he had golf balls in his face. When the nurse doing the checkup gave the baby a clean bill of health and tried to send them home Kate refused to leave, insisting on seeing the doctor who immediately sent them McMaster Children’s Hospital.

Physicians there diagnosed Lucas with ALL. Initially the toddler seemed to be beating his cancer by quickly going into remission, but in September it all came crashing down. Lucas had a relapse before his treatment was completed.

McMaster hematologist/oncologist Dr. Uma Athale says that’s typical of a very aggressive disease like ALL. “You use all of the medications up front. If the disease comes back you have to ask what now?” Dr. Athale did her fellowship at St. Jude and knew about a transplant pioneered by the hospital that would allow a parent to donate stem cells to Lucas. And although the half-match wasn’t ideal, it still would give Lucas a chance of having his lingering leukemia attacked by the donor cells.

All of the medical care, the family’s housing and some transportation is paid for by St. Jude: the hospital does not bill families for uninsured treatment. So when Lucas was accepted for the clinical trial, Mark and Kate uprooted their lives and moved to Memphis for seven months. Both had to take unpaid leaves of absence from their jobs – she is an elementary school teacher and he builds playgrounds. Complicating matters further, the couple was expecting their second child and couldn’t get health coverage for a delivery in the United States.

The young couple still had financial obligations in Hamilton and were afraid that they would be forced to sell their house, but that’s when their friends and families really stepped up, covering their mortgage and other bills while they were away and raising $40,000 for Dominic Edward’s birth – one year to the day of his brother’s devastating diagnosis. That was a happy day that the family could enjoy because, Kate says “of a huge outpouring of emotional and financial support – some from strangers we’ll never even meet.”

When the family finally returned home following Lucas’s surgery, there were still challenges. The toddler had to live like he was in a bubble while his immune system rebuilt. He was fed by a tube in the months it took his body to recover sufficiently for him to eat solid foods. Lucas no longer sleeps in a crib because he associates it with the pain of his disease, and until recently he often woke up screaming from nightmares.  But two weeks ago, he was given a clean bill of health by the doctors in Memphis and Hamilton. They’ll continue to monitor him, but Kate hopes his cancer will become a bad dream he can forget in time.

Cancers are the leading cause of death by disease in children. The cause of most pediatric cancers is unknown and there are no effective screening tests. Kate and Mark Edwards shared their story because they are concerned that pediatric cancer doesn’t get enough awareness or advocacy. “Without this research Lucas would not be here,” says his mom. “Kids have the most years of life to gain from cancer research. We need more funding.”

The clinical trial saved Lucas’s life. Now he can finally begin living it with the joy and enthusiasm of a typical toddler.