Home » Harper Beckham Steps Out With Her Grandparents in NYC

Harper Beckham was photographed leaving the Trump SoHo hotel with her grandparents Jacqueline Doreen and Anthony Adams on Saturday. 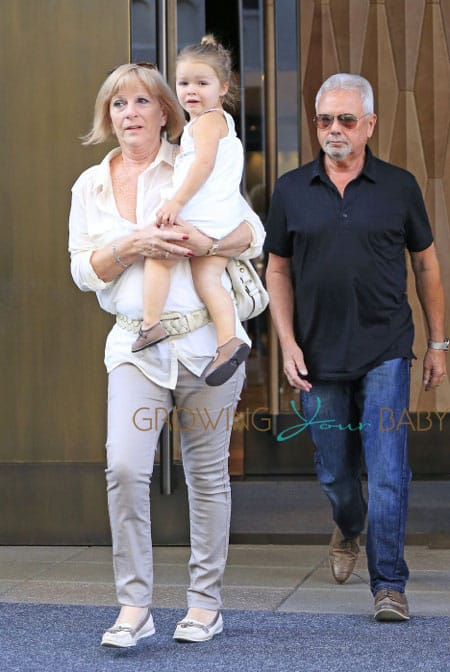 The little cutie wore a pretty white dress and her hair in a bun as she headed out for the day. 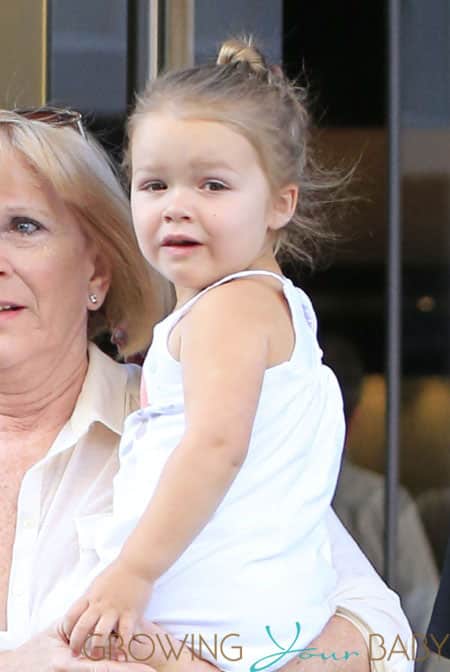 The globetrotting family has been on the go quite a bit over the last couple weeks.  After spending a month in California, the Beckhams returned to London before Victoria and Harper headed off to New York City.

Victoria and Harper were spotted arriving at JFK on September 2nd. 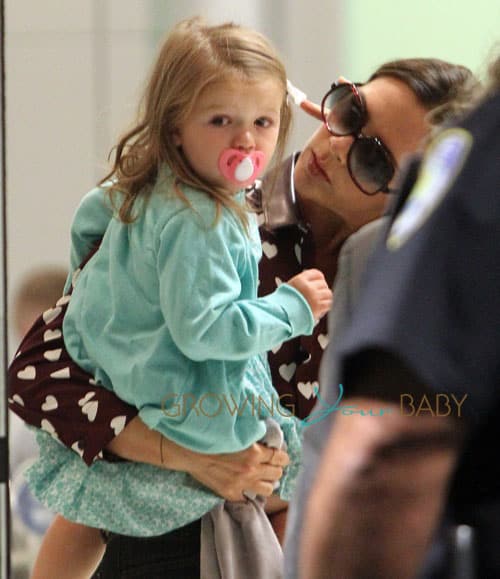 Always on hand for support, David arrived in the city on Saturday afternoon. It has been a tradition that David attends Victoria’s NYC shows with Harper. We look forward to seeing the family all together tomorrow! 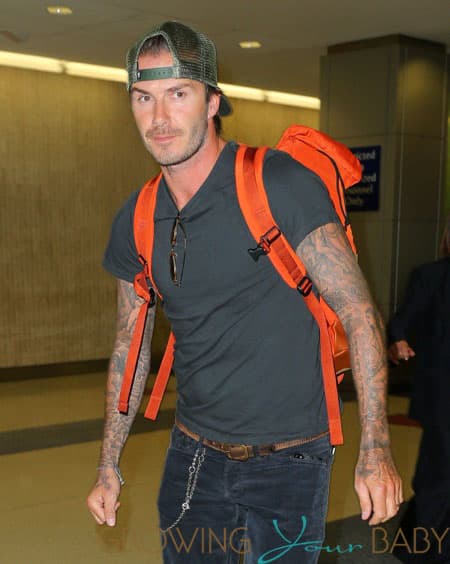