Home » Heidi Klum In Full Bloom At ‘Get Schooled’ Premiere

With her hubby Seal by her side, Heidi Klum showed off her growing bump at the Hollywood premiere of the special documentary, Get Schooled: You Have the Right, yesterday.

The movie, which highlights the education stories of three successful professionals who work with President Barack Obama, 2009 NBA MVP LeBron James and pop superstar Kelly Clarkson, was co-developed by the Bill & Melinda Gates Foundation and Viacom. 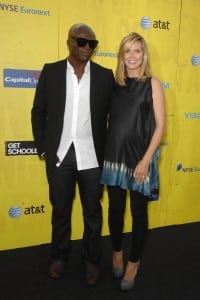 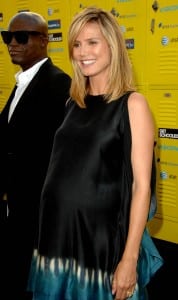 “Get Schooled brings together the immense creativity and ingenuity of leaders in business and the entertainment industries to inspire students to pursue an education that has real value in the global marketplace. We hope this conversation will inspire communities to fix our nation’s public education system,” said Bill Gates, co-chair of the Gates Foundation.