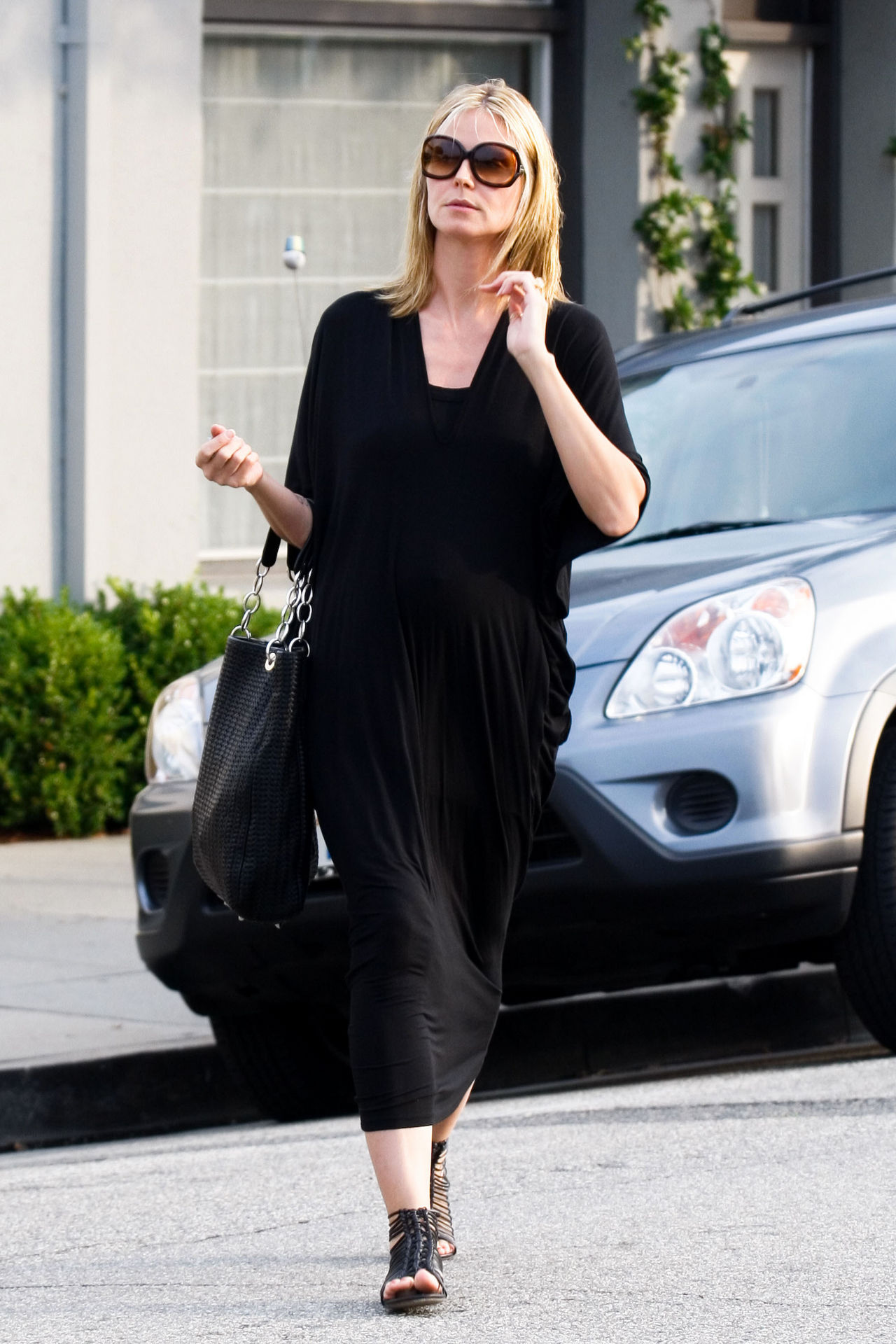 Victoria’s Secret model, Heidi Klum recently revealed that she isn’t concerned about packing on extra weight during her fourth pregnancy.

“Certain things you get used to,” the mom-to-be told Usmagazine.com Sunday at the Elizabeth Glaser Pediatric AIDS Foundation’s “A Time For Heroes” celebrity carnival. “You get used to all the changes of your body. It’s not like I’m going, ‘Oh my God!’ I’m used to that part of it.”

Heidi’s 3 children Leni, 5, Henry, 3, and Johan, 2 have already noticed the changes in her body.

“They get it,” said Klum,”They always rub my tummy.”

“If I had a dress on, Leni would literally go all the way down under my dress to rub my tummy. And I go, ‘My underwear is showing, thank you very much!'”

Added Klum (who is expecting a baby girl): “You feel like a Buddha!”

As for getting back her post-baby bod, she’s not concerned.

“I’m not worried,” said Klum, who famously sported a bikini at a 2005 Victoria’s Secret fashion show two months after welcoming son Henry. “I know my body will go back again!”

I love that she is such a positive role model and a great mom.