Model mom Heidi Klum was spotted out for a stroll with her four children; Leni, Henry, Johan and Lou on her way to meet husband Seal in NYC. 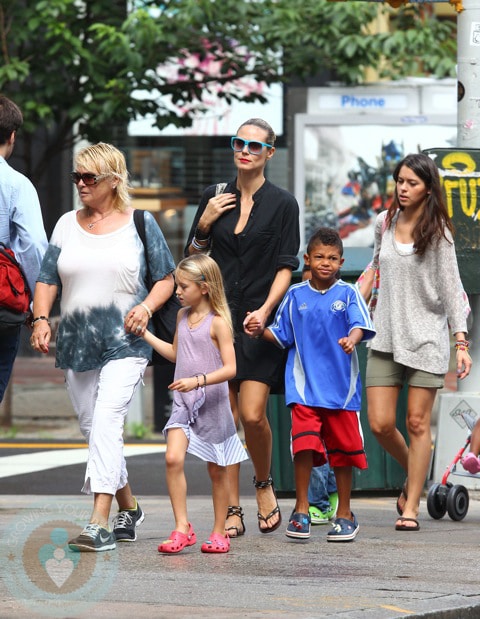 It appears the Samuel family are fans of Crocs. All four kids had a pair on, each customized with their favorite characters.

The busy mom is about to get busier.  Not only does she host her own TV show, model, design, and raise a large family, but now she is developing a new fragrance called Shine.

According to Stylelist, the perfume is ‘an oriental scent made of pink peppercorn, pear and mandarin top notes; a mimosa absolute, sunflower, and lily of the valley heart; and musk cosmone, vanilla and Venezuelan tonka bean drydown’.

“There are different moods that as a fragrance creator you can travel to,” Klum told WWD. “But for my first one, I wanted what I felt my staple would be. I wanted it to be sensual and feminine, but still luxurious and expensive-smelling – because I think there are so many perfumes out there that smell cheap and too sweet.”