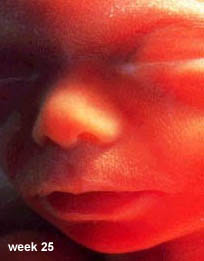 An Indian court on Monday rejected a woman’s petition to abort her 25-week-old fetus with a congenital heart problem, saying the law does not permit such late-term abortions.

Last month, Niketa Mehta, 31, her husband, Haresh, and their gynecologist, Dr. Nikhil Dattar, petitioned the court to allow an abortion.

During the 20 week ultrasound it was seen that the baby had a complete congenital heart blockage and malpositioned arteries that could, doctors say, require a pacemaker implantation soon after birth.

The couple’s lawyer, Amit Karkhanis, says they can’t afford to pay for the frequent change of pacemaker that the fetus’ condition would require.

The Mehtas, who found out after 24 weeks that the fetus had congenital heart disease, fear the quality of the child’s life would suffer, Karkhanis said.

But the Bombay High Court said that it was up to Parliament and not the court to change the provisions of Indian law, which specifies that a pregnancy cannot be terminated after 20 weeks unless the mother faces a medical risk.

Abortions are legal in India until the 12th week of pregnancy. Between 12 and 20 weeks abortions are allowed if either the mother or the fetus faces a health risk.

I have watching this story for over a week now wonder which way it was going go.

I know that when this baby arrives it’s spirit will make this couple forget all of the medical care he/she will need. Babies have a funny way of doing that.

*It is worth noting that a 25 week-old fetus has a 65% chance of survival out of the womb. This baby would be born with it’s eyes open and could possible take a breath on it’s own…It will be interesting to see how healthy the baby is when it arrives.*