While Sudden Infant Death Syndrome, or SIDs, is rare, it is a condition that most parents fear. Part of the reason is that, while we are aware of risk factors, the root cause of the condition is still somewhat obscure. Previous research has suggested low oxygen levels may play a role, which would explain why a new study has linked living at an elevation above 8,000 feet to an increased risk of SIDS. 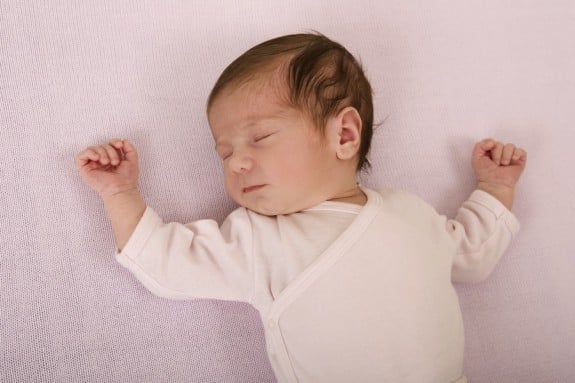 In the new study, Dr. David Katz, a cardiologist at the University of Colorado Denver, gathered information from birth certificates for all births and deaths in Colorado between 1990 and 2012. Researchers say they chose this state because it has the highest average elevation in the United States, ranging from 3,315 feet above sea level to 14,433 feet.

Infants with known birth defects and infants born between 1994 and 1996, when the Back to Sleep campaign was just starting, were excluded from the research. This gave the authors clear pre- and post-campaign groups to compare. They then separated those infants into three different groups based on the elevation of the home of each child – those that lived at less than 6,000 feet, those that lived between 6,000 and 8,000 feet, and those that lived above 8,000 feet. Demographics and social factors, including infant health, breastfeeding status, and if the mother smoked during pregnancy, were also accounted for.

According to the researchers, there was no difference in the risk of SIDS in babies living at less than 6,000 feet and those living between 6,000 feet and 8,000 feet. There was, however, a noticeable shift in the risk levels in those that lived above 8,000 feet. This included ski towns such as Vail, Winter Park, and Breckenridge, as well as mountain towns like Leadville, Silverton, and Fairplay.

“At higher altitude, there is greater absolute risk of SIDS,” Katz told LiveScience. But he and his team also stressed that parents shouldn’t panic about the slightly elevated risk because it is still a small one. “The absolute risk [of SIDS] remains very low, and . . . this is, in no way, a call to abandon residence [in] or visits to high-altitude locations.”

Instead, Katz and his team encourages all parents – including those at lower elevations – to practice good sleeping habits with their infants. This includes not bed-sharing or sleeping with the infant on the couch; placing baby on their back to sleep; and always keeping the baby’s cot free of blankets, stuffed animals, pillows, bumpers, or any other items that are soft or bulky. In addition, babies should be dressed in form-fitting clothes such as onesies, or footed pajamas to sleep rather than loose clothing that may become bunched while sleeping.