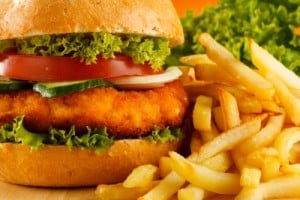 If there’s one thing that parents know about toddlers and food, it’s that toddlers can be seriously picky. But how a parent handles the pickiness and food refusal can often mean the difference between a healthy and unhealthy future for their children. That fact has experts extremely concerned after a European study on how parents handle food with their tots.

According to Mirror UK, the study showed that only 37% of British parents being able to stand by their “no” when it comes to their toddler begging for junk food. What’s more, nearly 70% of British children shove their plates away during meal times, and 26% of them reject at least one meal a day. This is extremely concerning when comparing the results to parents in other countries. Only 7% of French children refuse a meal a day, and more than half of Swedish moms (54%) said they never give in to toddler junk food demands.

British children are also the most likely in Europe to eat fast food or unhealthy finger foods. Figures from the European Toddler Nutrition Index indicated that 31% of British children eat chicken nuggets at least once a week. And 1.3 million British kids start their day with a biscuit or crisps, Farmhouse Breakfast Week poll found.

But that’s not the worst news from this study; according to the researchers, British parents are the worst in Europe when it comes to handling out sweets as a reward for eating well. Experts say that this is a serious issue for young children because this kind of reward system can have devastating long-term health effects on their children.

But the long-term effects aren’t the only thing concerning parents and experts. Like the United States, British obesity rates have risen drastically over the last decade. This study confirmed that parents are aware of the issue, but it also indicated that they may not know what to do about it. Approximately one-fifth of the parents from this recent study indicated that they are already concerned that their toddler is well on the road to becoming overweight.

Getting a toddler to eat can be tricky business, and we’ve been known to try almost anything we could to get our pickiest eaters to at least try what’s on their plates. It’s nice to have the reminder of which methods are healthy and which are not.