Hilary Duff and ex-husband Mike Comrie started Halloween off early this weekend as they took their son Luca to a church fair in Los Angeles dressed as Jake The Pirate. 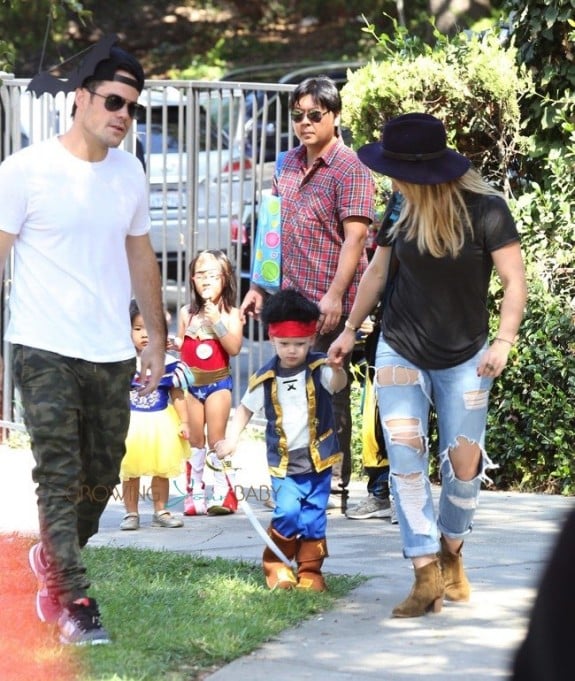 Separated since January, Mike and Hilary are often spotted spending time together with their son. In July Hilary told Billboard that being apart has been ‘a very difficult thing to go through, but we have a lot of love for each other and we have this beautiful baby.” 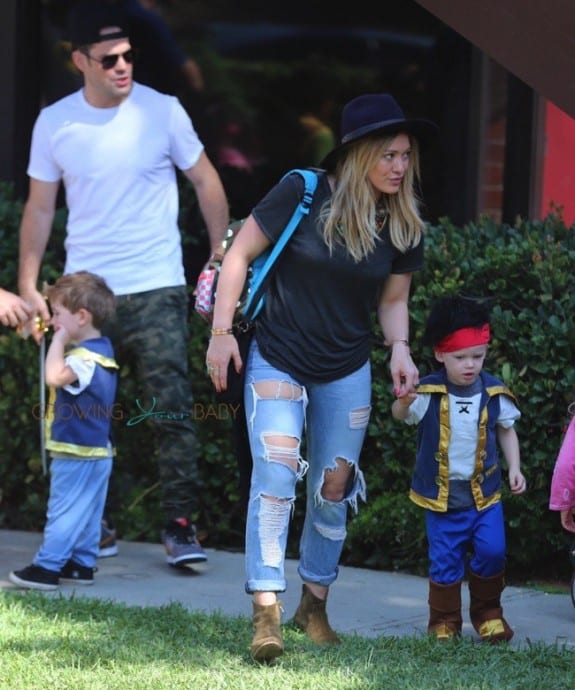 Adding that there is a song on her upcoming album “about my separation and my love for this person, that maybe we’re not meant to be together, or maybe we are. It’s very, very personal.”

Now two-years-old, the singer told Wonderwall in September that one thing she loves is watching her son grow up.

“I’m like, ‘stop being a little boy. You’re my baby, I cannot take it.’ But he’s just really smart and really clever and his vocabulary is improving by the day and he loves to play tricks on me.”