Hillary Duff and son Luca were spotted having a good time at the Farmers Market in Studio City on Sunday May 25, 2017. 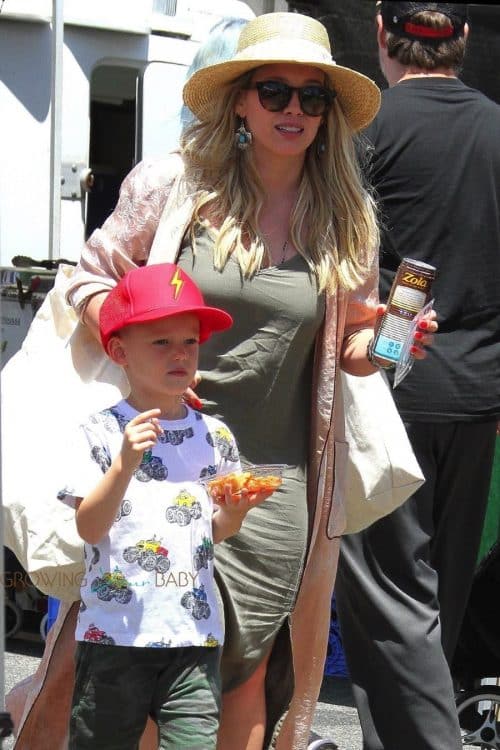 The actress was pretty in an olive green dress and a pink duster paired with a straw hat and braided sandals, while Luca wore a monster truck tee and camo shorts. 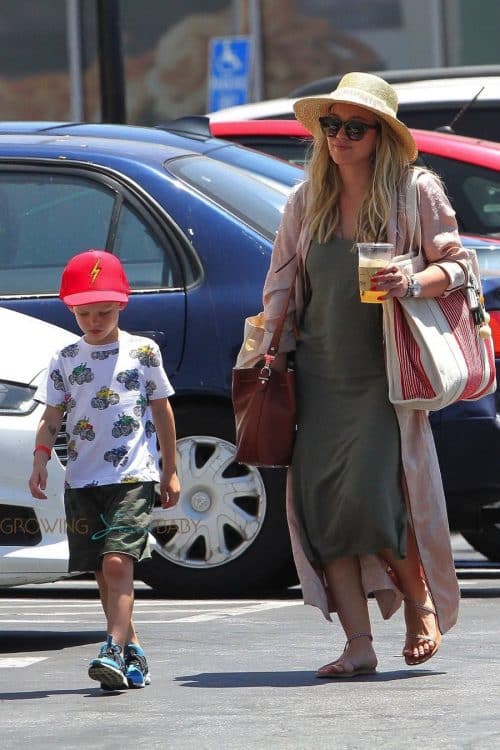 The pair snacked their way through the market grabbing some chips, and later a sno cone that Luca noshed on as they sat together in a private corner. 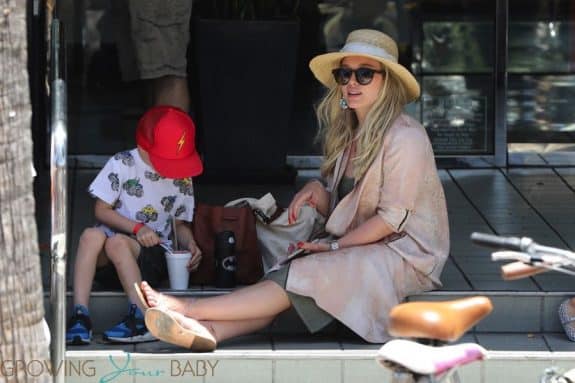 Hilary has been splitting her time between LA and NYC where she films her show Younger. The show’s fourth season will return on Wednesday, June 28 at 10/9c.