Home » Hilary Duff Hits The Market With Her Little Man!

Hilary Duff was spotted having a Sunday fun day at the Farmers Market with her son Luca Cruz Comrie. 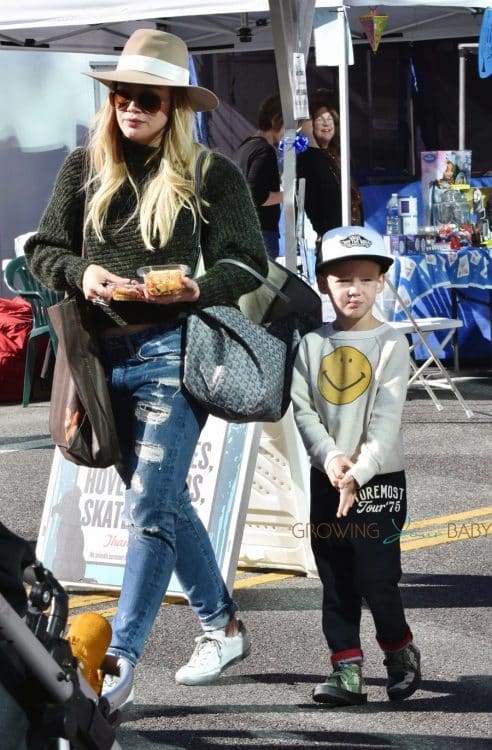 The cute duo enjoyed a snack before taking on the climber. 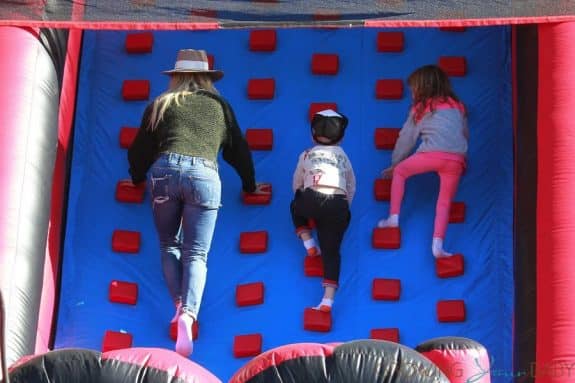 It was a busy weekend for the actress, who re-united with her ex-husband, Mike Comrie, to take Luca to see Santa. 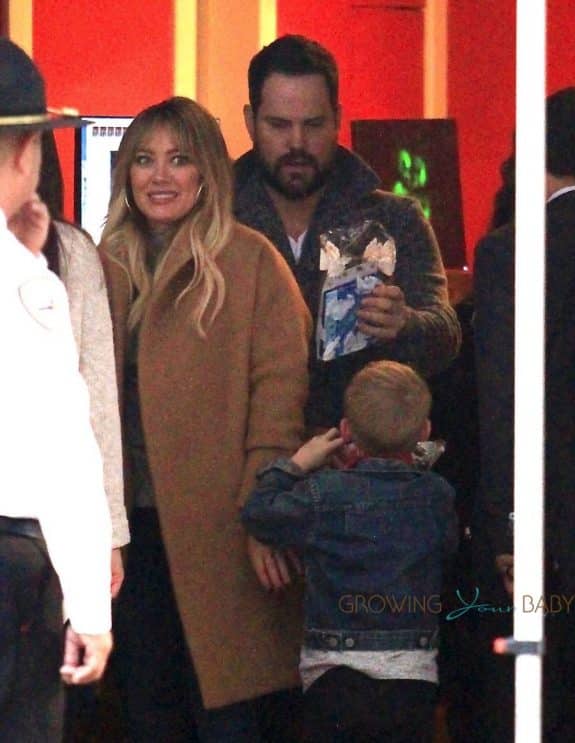 Hilary shared a hilarious photo of her son and niece visiting St. Nick at the Grove along with a caption that read,

‘Classic. Every fams gotta have one of these? we love meeting santa and all his helpers @thegrovela every year! happy holidays everyone! Hope spirits are bright!!’ 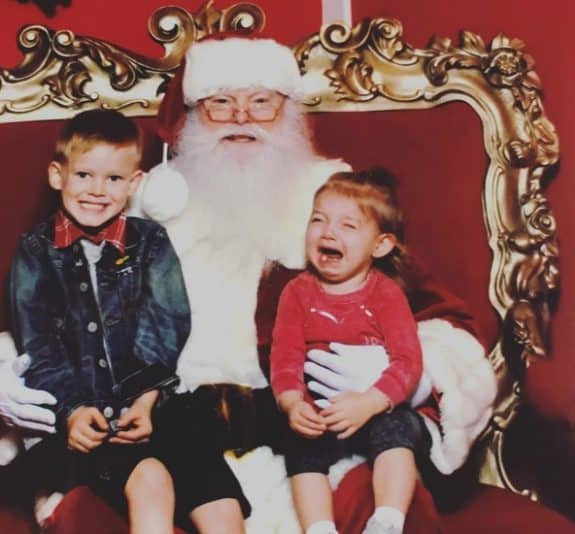 It appears Ryan, Haylie Duff’s daughter, was not feeling the magic of Christmas…  Luca, on the other hand, was pleased as a peach!