Home » Hilary Duff Steps Out With Her Little Man!

Hilary Duff showed off her adorable baby Luca during a shopping trip to Robertson Blvd in Beverly Hills, CA on Monday. 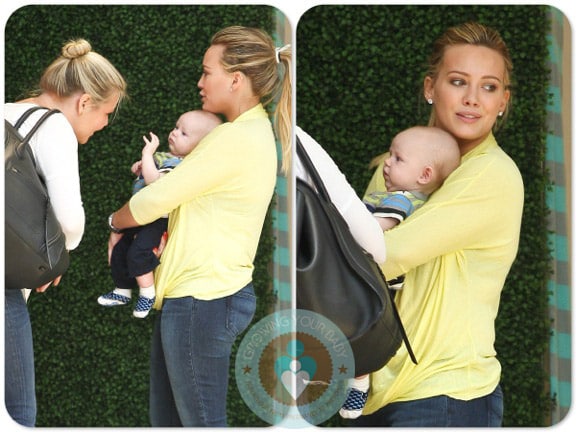 Hilary recently sat down with Bethenny Frankel, for a segment that will air today, and admitted she put on more weight while she was pregnant that she had planned to.

‘My whole life I’ve worked out and exercised and been in the public eye and always kind of watched what I ate. And this was like a free pass and it was a blast,’ said the former Disney star, who added that she would ‘try not to gain as much weight’ if and when they have baby number two.

‘But I had fun [the first time]. I wouldn’t go back and change it because I had a lot of fun.’

Now, she is working slowly to get back in shape, but she realizes it may not happen quickly.

‘Everyone wants their body back, but all in time. It took nine months to get there and so hopefully, it won’t take that long to get it off, but I’m doing it slowly.’

We think she looks great and love that she is sending a good message to new moms.