Mom-to-be Holly Madison was beautiful in blue while hosting the Happy Hour To Benefit The Animal Foundation at the Mandalay Bay Hotel and Casino in Las Vegas on Sunday(December 2nd). 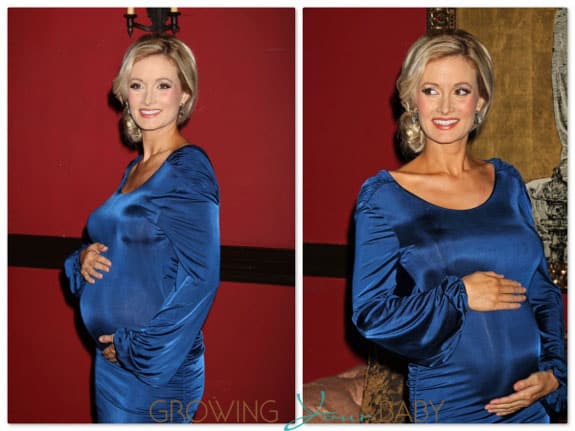 The former playmate, who is almost 25 weeks along, expects a baby girl at the end of February.  Holly and her partner Pasquale are working on a short list of names, but won’t choose one until the baby arrives.

During a recent interview with Las Vegas Weekly she revealed that they are looking forward to having a big family.

To make room for their little princess, Holly and Pasquale have bought a new home in the prestigious Rancho Circle luxury home subdivision in the core of Las Vegas. Her mama bear instinct has kicked in, causing her to chose a property with a front lawn that wasn’t too close to the sidewalk or street.

“It wasn’t even that I thought the area was not safe, but I wouldn’t want to live in a house that people might find out is mine and be able to walk into the front yard and see my kid playing, and just lift the kid out. You know what I mean? I want to live in an area that is protected.”

Life as a mom, will likely be much less glamorous than the one she has become accustomed to over the last decade, but she is fine with that.

“I could live a normal life,” she says. “My motivation is only to take on new challenges.”