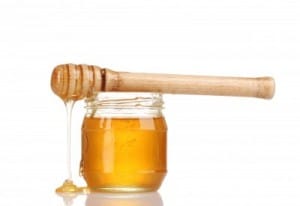 With the school year started in many parts of the world, parents are already dreading the next yearly milestone – cough and cold season! Over the counter medications for coughs carry many side effects, and some parents and doctors perceive them as ineffective. But a new study says that the remedy for a child’s cough just might be in a place that parents never thought to look: in the kitchen.

“The therapies for cough and cold symptoms…have problems in that they’re not very effective, or not effective at all, and they have potential side effects,” said Dr. Ian Paul, a pediatrician from Pennsylvania State University who was not involved in the study. “As opposed to many of the other things we give – medications and medicines that do have side effects – honey over age on is almost completely safe.”

Researchers from Israel found that the honey is more than just safe. It may be rather effective at helping to reduce night time cough in children.

Dr. Herman Avner Cohen of Tel Aviv University and his colleagues recruited 300 children for their study. Through random selection, some of the children took 10 grams of one of three types of honey (regular, eucalyptus or citrus-based) half an hour before bedtime. Others took another sweet syrupy liquid derived from dates; it is also sweet, but honey free.

Parents participated in both written and telephone surveys before and after the syrup treatment. In each survey, parents were asked to report the frequency and severity of their child’s cough. They were also questioned about cough-related sleep problems for both their children and themselves.

On average, parents initially rated their child’s cough between a 3 and 4. For the children that had taken honey before bed, the scores fell about 2 points, on average. Children who had ingested the date syrup did see an improvement, but only by one point. Parents also reported that they and their children slept better through the night after the honey treatment.

Dr. Paul says there may be a couple of different explanations as to why honey might help ease a child’s cough.

“There is something about having a thick, viscous, sweet liquid that provides some sort of relief,” Paul said, explaining that the sweet liquid causes salivation. This can help thin mucous and lubricate the upper airways. He also added that, “honey is very rich in antioxidants, so that may have some role in fighting whatever infection is causing the cold symptoms.”

Cohen and his colleagues pointed out that different types of honey may have different types of antioxidants in them, so the type of honey used could impact just how effective it is at treating night time cough. They also added that darker honey tends to have more antioxidants, as well as Vitamin C and flavonoids, all of which could play a part in the cough suppression abilities of honey.

Dr. Paul says that children under the age of one should not receive honey, but that for children older than that, it’s “worth a try.”