Gosford Hospital has apologized to new mother Stephanie Phillips after a mix-up led to her newborn daughter Ellie being given to the wrong mother who breastfed the infant before the switch was discovered. 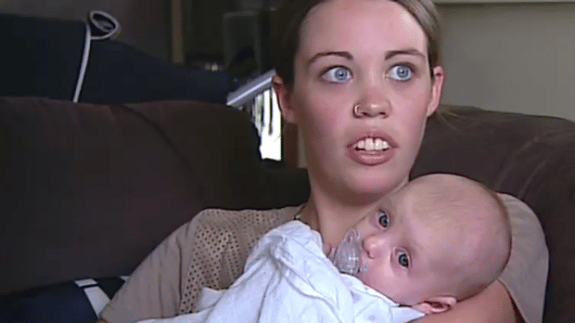 The hospital bungled the identities of two baby girls whose mothers were sharing a hospital room in the maternity ward. Central Coast Local Health District chief executive Matt Hanrahan said that it was “very concerning that a routine identity check was not performed on this occasion.”

According to Hanrahan, all newborn babies are provided with identification bands. It is standard hospital protocol that the baby’s id band be cross-checked against that of the mother after every period of separation. In this case, the babies were taken to the maternity nursery so their mothers could get some rest. The incident occurred on August 18.

When little Ellie was brought to the room she was given to the wrong mother, who then breastfed the infant while her own daughter remained in the nursery. Once the mistake was discovered a midwife had to break the news to Stephanie, who was distraught that another woman had done what she herself had been looking forward to: enjoying skin-on-skin contact with her baby, taking photos, and sharing a special time of bonding.

Even sadder, Ms. Phillips has not been able to get Ellie to take her breast since the incident occurred, and has had to bottle feed the little girl formula. Her partner Francesco Messina told Seven News that the hospital failed to offer the appropriate support to the couple, only asking them if “they were all right.”

Maternal blood tests were given to the two mothers to screen for any possible adverse effects that could have been passed through breastfeeding, and both families received in-person apologies from senior staff at the Central Coast Local Health District.

This type of mix-up has happened before. Earlier this year a Sydney hospital, North Shore Private, confirmed that a baby was handed to a patient who was not the mother. Fortunately the mistake was corrected before the baby was breastfed.

Midwifery staff at the hospital will now get additional procedure training to ensure policies are reinforced and more care is taken each and every time a mother and baby are separated. These types of mistakes are emotionally devastating to the mothers and can potentially expose the newborn to unexpected and unnecessary health risks.