Home » How Does A Baby Get Stolen WITH A Vehicle?

At least once every couple of weeks, I read a story about a baby that has gone missing after a vehicle has been stolen. 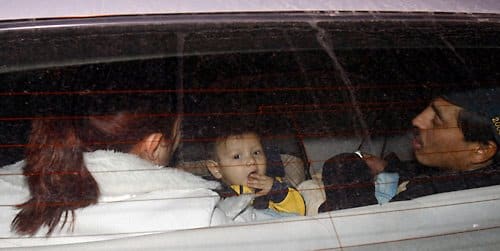 It is the most preventable crime EVER!

If the baby wasn’t left in the vehicle unattended, than they wouldn’t be stolen along with the vehicle…The most recent occurrence of this was in Chicago yesterday when an Amber Alert was issued for a 7 month old Osiel Hernandez that was missing when his mother’s minivan was stolen.

His mom, Nuri Salgado, left him in the back seat of the running van, which was stolen about 4:30am. Apparently she brought him to work because she was breastfeeding, but didn’t think to bring him in…She left the van running, in Chicago at 4:30 am!!!! Is this a joke? Why didn’t she just leave some gas money on the dash at the same time?

The baby, who appeared to be unharmed, was taken to a hospital for evaluation.