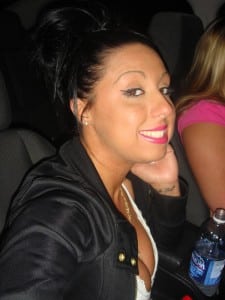 While being detained in the Ottawa Carleton Detention Center, Julie Bilotta gave birth to a son. While not the ideal situation, it should be one that is safe. Instead, Julie says her cries for help during labor were ignored by the jail guards and she was forced to give birth alone in her cell.

“I thought my baby was going to die because I knew he was coming out breach and that’s not normal,” said the 26-year-old Ottawa woman, who is being held on drug charges, fraud charges and for breaking bond. “I could feel the blood coming out of me. I knew he was half up me so I was worried about him not being able to breathe.”

Julie was a month before her due date. Executive director of the Elizabeth Fry Society of Ottawa, Bryonie Baxter, says that one of the guards felt Julie’s stomach, took her vitals and gave her some Tums before returning her to her cell. But shortly after, Julie’s labor picked up.

“She was told at that point by a guard: ‘If you’re moaning like this for false labour, what are you going to do when it’s the real thing?’ And ‘You should have thought about that before you got pregnant,’” Baxter told The Star.

When she continued moaning, she was placed in segregation and wasn’t attended to again by medical staff until the baby started to emerge.

“I can see a leg,” Baxter re-counted.  Once staff realized the baby was coming out breech they called an ambulance.

Julie was kept and monitored for a couple of days, but Gianni, her son, had to stay for nine days due to respiratory problems.

Madeleine Meilleur, Ontario’s Community Safety and Correctional Services Minister, says she wants to determine what went wrong. If things were done incorrectly, she says she will apologize to Julie.

“It’s not a proper place to deliver in a detention center,” Meilleur said. “When someone goes into labor, they’re supposed to be transported to the hospital.”

Julie says the entire experience has traumatized her. To make matters worse, Julie’s maternal instincts have kicked in.

“I feel like I’ve had everything taken from me. It’s like a nightmare. I don’t even want to look at [the cell where it happened],” she said.

Her lawyer is trying to get her out early on the grounds that she is now in dramatically different circumstances than she was when she went in.

“It’s extremely hard. He’s my first baby and he needs me as much as I need him,” she said. “I can’t do anything about it.”

So for now, Julie’s son is in the care of his grandmother, Kim Hurtubise, Julie’s mother. She says she wants answers for her family.

“This is Canada, this shouldn’t be happening,” Kim said. “They’ve got to do their time like human beings, not like animals in a cage…it’s not right.”