Home » In-Vitro Fertilization Being Investigated for Possible Link to Autism 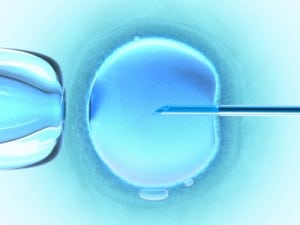 Autism, a neurological condition that affects cognitive, behavioral and communicative abilities and development, affects 1 out of every 110 children in America. It continues to perplex neurologists and physicians, despite the astronomical amount of research that has been done on autism. Everyone, particularly the parents of autistic children, wonder what causes it; where does it come from?

As research continues, more and more potential causes are found. A definitive answer, however, does not exist. Genetics and prenatal environment have recently been studied with researchers finding a link to both when it comes to the likelihood of autism. Now, a research team headed by a doctor from Quebec is considering the possibility that in-vitro fertilization could be yet another risk factor.

Dr. Eric Fombonne, professor of psychiatry at McGill University and head of child psychiatry at the Montreal Children’s Hospital says that, even if IVF is a risk factor, it still wouldn’t account for the vast community of autism sufferers. Most of the children with the condition were conceived naturally.

“It may be the case that there is something there,” Fombonne stated, “but it would apply to a very tiny proportion of the autistic population.” Still, it seems that there is reason for further investigation into the IVF/autism link.

An Israeli team study suggested that IVF children are three times more likely to suffer from autism than children that are naturally conceived. A Harvard team found that children born to women that had used ovulation-inducing drugs were nearly twice as likely to develop the condition. The real question is – if IVF does create a risk factor for autism, how or why does it occur? Fombonne, along with the team of physicians and doctors hope to find an answer to this question.

Possibilities are vast and almost endless. Age, the number of pregnancies, a genetic link that is passed on by someone that would not have conceived without the treatment or even in the way the sperm and egg are manipulated during the process could all be potential factors. According to Dr. Hananel Holzer, the medical director of the McGill University Health Centre said, “Infertility itself could be the risk factor.”

To start, studies will look at the same population group and compare couples that used in-vitro fertilization to conceive with those that had fertility problems but were still able to conceive naturally. But for now, “the jury is still out,” says Dr. Holzer.

“It’s not that I’m trying to ignore the risk,” Holzer added. “We have to look into things thoroughly and with responsibility.”