Home » Increased Birth Expected at Start of Year of the Dragon 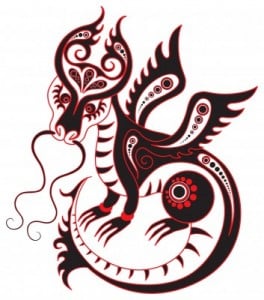 Are you a horoscope fanatic? Would you plan your child’s birthday around a horoscope? How about your conception? If so, you and some Chinese mothers may be able to relate.

In the Chinese culture, dragons are considered very special and very powerful. Dragons are also one of the animal signs in the Chinese horoscope. On January 23, 2012, the Chinese New Year, otherwise known as the Lunar New Year, will begin. Any babies born on or after this date will fall under the Chinese zodiac sign of the dragon, but not just any dragon – the water dragon.

The last dragon year, which took place in 2000 saw a 15 percent increase in Chinese child births in New York. This year, clinics and hospitals are already seeing an increase of parents that are due to deliver this year, and the beginning of the New Year isn’t even here yet.

This clinic, in particular, is even extending their hours to prepare for and accommodate the flood of moms that are expected to visit in the coming months – some of which may not have even conceived yet.

“It is entirely possible that someone planning to have a baby in the Year of the Dragon has not received prenatal care yet, or possibly not even conceived yet,” stated Michael Hinck, a spokesperson for Flushing Hospital Medical Center in Queens, NY.

But even mothers that have already conceived are going to extreme measures to ensure that their baby is born in the Year of the Dragon.

So who are these lucky moms that plan on delivering a dragon child?

Qiao Chen, 34, just visited her doctor, to check up on her pregnancy. With just a few more days to go, Chen is very excited that she just might have one of the very first dragon babies in New York.

Mei Chen, 26, is yet another mother that expects to deliver just a few days after the New Year.

Mei will also celebrate her 27th birthday just after the New Year. With any luck (which the dragon is well known for) she will celebrate the birth of her dragon boy on her birthday.