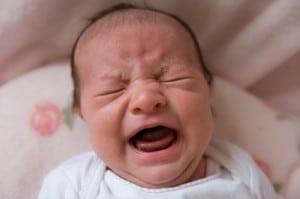 Could the recession really play a part in child abuse? According to a study recently published in the journal Pediatrics, it’s a possibility.

The five year study, conducted by Dr. Rachael Berger of Children’s Hospital of Pittsburgh looked at child abuse cases in 74 counties from four different states. Her interest in the study was sparked after noticing an increase in shaken baby syndrome in her own hospital from 2007 to 2009.

The study did not look at the medical records of the families that were unemployed so it is unclear as to how many of the shaken baby syndrome cases were actually linked to unemployment. However, by looking at the data, it would seem that the increased child abuse cases and the unemployment rates are linked.

Federal government data contradicts the journal’s report. Study authors, however, state that the government data was based on child protective services information, not medical diagnosis. Another point is that the study authors addressed only head injuries from shaken baby syndrome – not all child abuse cases.

Dr. Peter Sherman, director of the residency program in social pediatrics at Montefiore Medical Center in New York states that the study does not necessarily link higher child abuse rates to higher unemployment rates. He states that many of the families included in the study were already struggling, even before the recession started. Still, the study does highlight “a very important issue.”

I believe several issues can be highlighted. First, why would unemployment rates affect child abuse rates? The study presents a theory that it could have something to do with raising a young child and a lack of funds due to job loss; calling it “a sort of toxic brew in terms of thinking about possible physical violence.”

The biggest issue, however, is – how do we make changes? With talks of more job losses around the corner, knowing how to address the problem could be imperative to the safety of children in the U.S.

Sherman suggests that pediatricians and family physicians take the time to ask families if they are struggling with basic needs like food. He also suggested that physicians ask parents about their stress level and acknowledge the struggles they are dealing with.

As mentioned by Sherman, most cases of abuse aren’t, “ill-intentioned. Most of it is kind of just snapping.” I agree with Sherman’s statement wholeheartedly and I propose that physicians, pediatricians, nurses, organizations, bloggers and anyone else with a little bit of social pull remind stressed parents that it is okay to walk away when their blood starts to boil.

All five of my children were colicky – yes, five. I loved having my new baby but I dreaded the sleepless nights. I dreaded the constant screaming that I was certain would come with the new baby. I would sit up crying, with a screaming infant in my arms, because the stress was just unbearable at times. I understand the brink of child abuse that can accompany a screaming infant. I have been there.

If there is anything that saved me and my children, it was that I learned, with my first child at 17, that walking away is okay. Put the baby in a safe place – the crib, playpen or bassinet – and walk away. You don’t have to go far; just far enough that the screams aren’t making your insides curdle. Just far enough away that you can take a few deep breaths and remind yourself that the baby is crying for a reason.

Colicky babies are hurting. That’s why they cry and it’s why you can’t do anything but hold them and let them know you are there. When you remember that, the frustration starts to fade and you start to regain control.

When you do feel under control again, which usually happens within a few minutes, you can go to your baby who is still crying – but still safe – and let them know you are still there. And, in the grand scheme of things, while many studies have shown that it is bad to let a baby cry it out, there is nothing wrong with recognizing that you need a time out so that you can be a loving, logical parent. A few moments of letting an infant cry so you can regain control is not abuse. Shaking a baby out of frustration is.