Children with autism will always have autism. Yet many can and do make cognitive, communicative, and behavioral improvements as they age. Sadly, many children experience a delayed diagnosis. Since early detection and treatment are key in making progression possible, this delay can significantly limit their ability to grow to their fullest potential. A new study, which used MRIs on infants to detect autism, could help reach more of these children and ensure they get the early treatment they need. 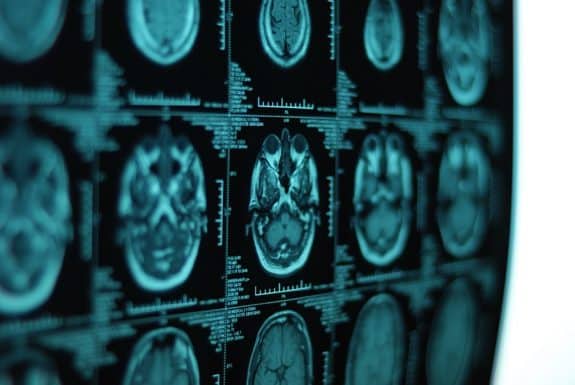 “Early diagnosis in autism does make a difference,” Matthew Pletcher, interim chief science officer at Autism Speaks, who partially funded the recent study, told STAT News. “It’s been a continual goal of Autism Speaks and the autism community to drive the age of diagnosis to be as early as possible.”

Symptomatic Display is Currently Our Only Method of Diagnosis

While children can (and sometimes are) diagnosed with autism as early as two-years-old, most children are not diagnosed until they reach age four. This is due, in part, to the fact that behavioral symptoms do not clearly manifest before then – at least not enough that parents and doctors can make a definitive determination on autism.

My own son, who is fairly high on the autism spectrum, was not diagnosed until he was 10. I spent nearly eight years trying to get someone to listen – anyone to say, “Yes, that is worth looking into.” I knew something was different, but I simply didn’t have enough to sway any one doctor. Further, the testing for autism was difficult to get on our insurance plan. We had to go to a specialist, and that required a referral. So, instead, we stumbled through various diagnoses ranging from ADHD to possible schizophrenia. That was, until, someone finally listened.

Research determined some time ago that the brains of children with autism are typically larger brains than neurotypical children. Yet researchers were not able to harness that knowledge and turn it into a real and actual algorithm – at least, not until now.

Conducted on nearly 150 infants and toddlers, the recent study used an MRI and brain growth algorithm to detect autism in children between six months and one year of age. Children who went on to be diagnosed with autism – which the computer detected accurately in about 80 percent of all cases – had faster growth in the surface area of their brains. This created more and deeper folds that the computer was able to measure.

Of course, there were still about 20 percent of children missed by the algorithm – and further research may help to reduce that percentage – but even at just an 80 percent success rate, this method may be far more accurate than the diagnostic accuracy rate that is achieved through symptom and behavioral analyses alone.

As almost any parent raising a child with autism will tell you – it most certainly is.