For years, parents have been warned not to give their babies peanuts or eggs, lest they be allergic. But UK government officials are starting to rethink their previous recommendations, and other agencies could follow. The reason? A recent study analysis suggests that children may actually have a lower risk of developing an allergy if they are given allergy-inducing foods early on. 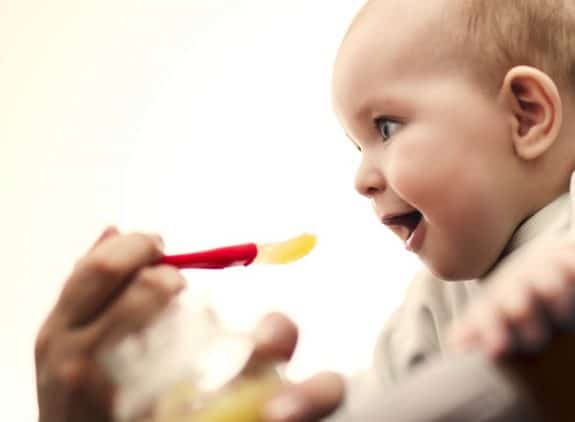 “The Government is considering these important findings as a part of its review of complementary feeding for infants to ensure its advice reflects the best available evidence,” a spokesperson from the Food Standards Agency, said, adding that “Families should continue to follow the Government’s long-standing advice to exclusively breastfeed for around the first six months because of the health benefits to mothers and babies.”

Conducted by scientists at Imperial College London, the study analyzed data from 146 different studies on more than 200,000 children from the UK. Results found that children were 70 percent less likely to develop an allergy to peanuts if they were given peanut-containing foods between the ages of four and 11 months of age. Children who began eating eggs between the ages of four and six months experienced a 40 percent risk reduction when compared to children who had not received eggs during that same time period.

“Much anxiety and some harm was caused by the UK Government Committee on Toxicology’s 1998 advice on peanut avoidance in high-risk infants being extrapolated to the wider low-risk population,” Professor Anthony Frew, an expert in allergy and respiratory medicine at Brighton and Sussex Medical School, who did not participate in the study, said. “Midwives and mothers’ groups assumed that, in view of the targeted advice, it might be a good idea for all parents to avoid introducing foods, regardless of their child’s risk of becoming allergic. We now know that the opposite was, in fact, true.”

Of course, parents should never give their child a food if they have a known allergy, and children who have other allergic conditions (i.e. eczema) should also steer clear of allergen-inducing foods. But those that may be considered “at risk” (have an allergy in the family) may be able to attempt peanut or egg introduction with guidance from their child’s doctor.

“If your child falls into these categories, talk to your GP before introducing these foods,” Dr. Robert Boyle, lead author on the study said.

Further, parents should never give their children whole nuts (not even as toddlers) because they can pose as a choking hazard. Instead, parents can opt for small amounts of nut butters – but again, only with the guidance of their child’s doctor.