Just eight months after she welcomed her first child Ethel, Lily Allen is reportedly pregnant with her second child. 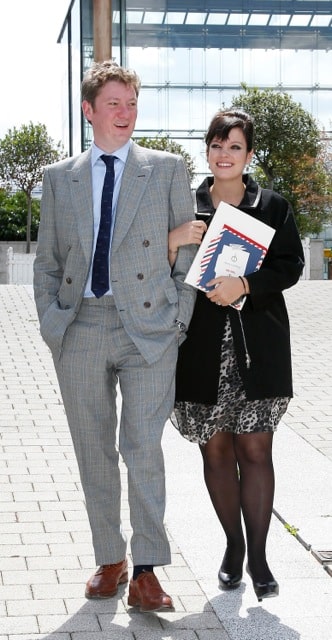 The Mirror is reporting that the singer had her three month ultrasound this week and was told all was well.

Lily and her husband Sam Cooper are said to be “over the moon” to be expecting another child, who is due in December.

“Lily has started telling her friends and everybody in her close circle is so excited for her.

“It was a surprise but Lily and Sam are thrilled. The pair of them have loved every minute of ­parenthood so far and wanted to expand their brood quickly. So it’s great timing.”

While she has yet to confirm the news, the magazine’s source continued saying,

“Lily was sure people were going to cotton on to the fact she had a pregnancy bump but she seemed to get away with it thanks to wearing very baggy clothing.

“Her bump has popped out very early – far earlier than the last ­pregnancy. She’s been joking she feels six months pregnant already.”

The news comes just a few weeks after Lily has revealed she is working on an album. A couple weeks ago she tweeted,

“You will be pleased to know that i am currently in the f**king studio with @GregKurstin. No big deal really, i’m just throwing s**t at the wall and seeing if anything sticks.”

Congratulations to the couple.
{SPLASH}