Home » Is the Modern Western Diet Doing More Harm to our Children? 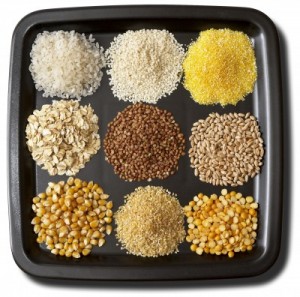 The researchers compared children from one African village with those from one European town, looking at their typical diets and what types of bacteria grew within their stomachs. The children eating the typical Western diet, had more bad bacteria growing in their guts, the kind of bacteria that has been linked to obesity and allergies.

“The problem is we eat too much cheap, convenient food because it’s our lifestyle and that can contribute to allergies,” added Marianne Grant, a registered dietitian and health educator at Texas A&M Health Science Center Coastal Bend Health Education Center in Corpus Christi.

Having good bacteria in the stomach can help people digest and process the food their eat more easily. This can lower their chances of obesity and food allergies. This dependence on bacteria has already faced many changed during human evolution, such as at the beginning of agriculture and the recent development of antibiotics. The more recent changes in how many people in the world eat, with a prevalence on processed foods, may be attributed to the rise of allergic and autoimmune conditions.

The researchers from the University of Florence, Italy, studied children ages 1 – 6 years who had not taken antibiotics or probiotics for the previous six months. They chose a rural village in Africa that lived on a diet close to what Neolithic humans would have eaten. Their typical diet was cereals, legumes and vegetables with little meat protein. These children were compared to children in Italy of the same age. The Italian children ate much more sugar, fat and meat, and have an overall daily calorie rate nearly twice what the African children ate.

“The [new study] didn’t shed a lot of new, new light, but it definitely verified that a difference in colonization is associated with a low-fat, low-sugar, lower-designer-food-type diet,” Ciani said.

“Our bodies are still stuck in hunter/gatherer day. We’re supposed to be eating more fruits and vegetables and we should be doing a lot of physical activity to compensate,” added Grant. “I tell people that if you want fried chicken now, you go to the drive-through and get it. If you wanted fried chicken then, you had to hunt, find the chicken, kill it, bring it back, pluck its feathers, clean out the innards and cook it. And if you wanted it fried, you had to have ground your own flour.”

This is not the first study to show the importance of gut bacteria on overall health. Previous studies have found that the bacteria found in infants can predict whether or not they have a higher risk of obesity later in life. A more natural diet that focuses more on fruits and vegetables, as well as long term breastfeeding for infants and toddlers, can help encourage the healthy bacteria we need to flourish. – Summer, staff writer