Home » Isla Fisher Hits The Market With Her Crew

Sunny Sunday! Isla Fisher was photographed enjoying the day at the Farmer’s Market with her kids Olive, Elula and Monty on Sunday June 4th, 2017. 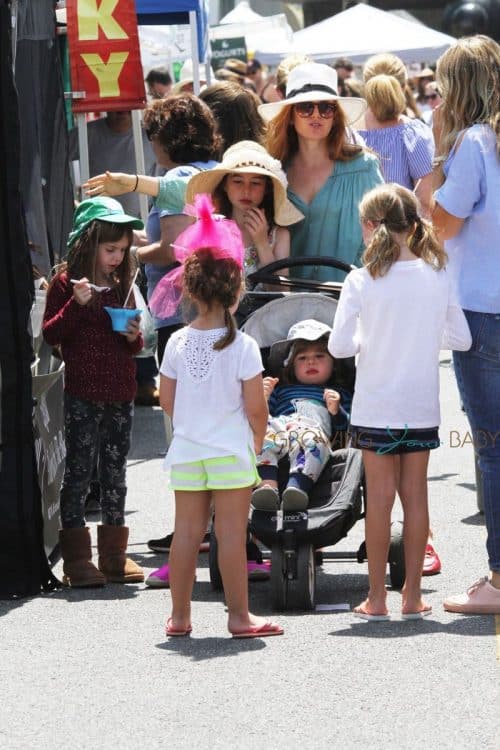 Monty rode is a stroller while the girls walked with their mom and noshed on treats. 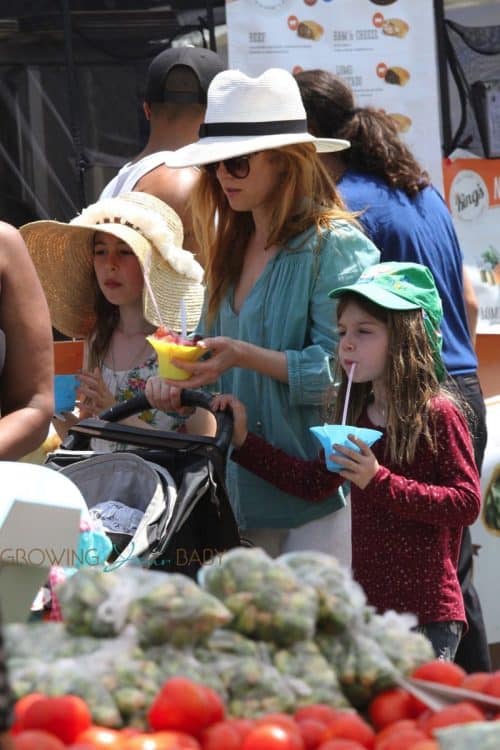 Isla is fresh home from New York City where she spoke at the New York Book Expo at the Jacob K. Javits Convention Center.

On Friday she attended the Children’s Book & Author Breakfast with Savannah Guthrie, Jason Reynolds, Marieke Nijkamp and Jennifer Weiner.  The day before she was she joined an onstage panel that also included Denis Leary and John Hodgman.

In the 90s Isla wrote two teen novels called Bewitched and Seduced By Fame.  More recently, she has moved into children’s book writing, with Marge In Charge out last year and its sequel Marge And The Pirate Baby released this January.