Home » Isla Fisher Picks Elula Up At The Gym!

Here is a cutie we haven’t seen in a while!

Isla Fisher was photographed holding onto her daughter Elula Cohen after picking her up from a children’s gym in West Hollywood. 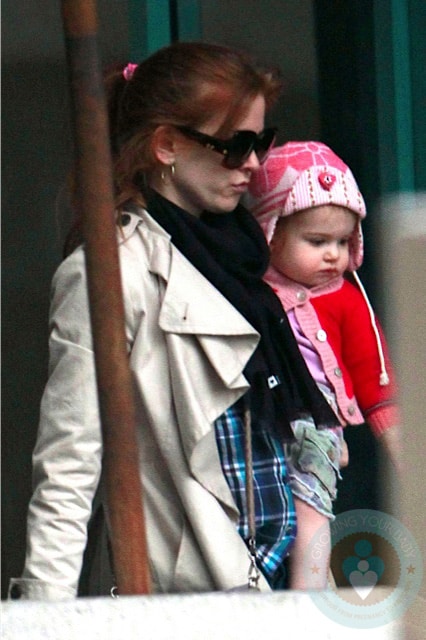 The actress braved the poor Los Angeles weather in a double breasted raincoat and scarf while Elula sported a warm, knit hat and a pair of silver Naomi pediped shoes.