Isla Fisher spent the day at a French amusement park with her daughters Olive and Elula while her husband Sacha Baron Cohen paraded around on a camel promoting ‘The Dictator’ at the 65th Cannes Film Festival. 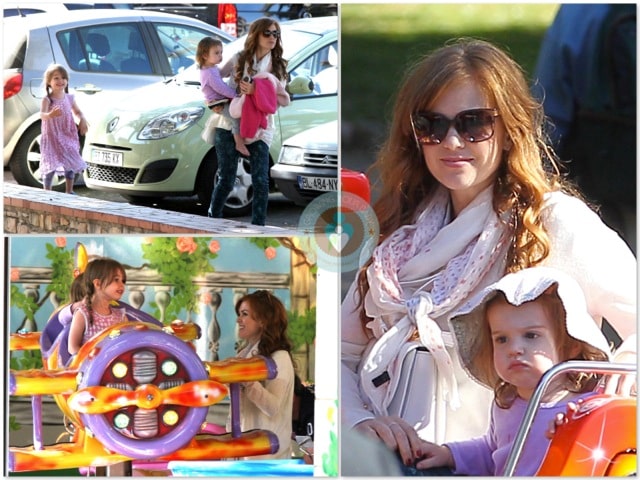 No stuffy hotel rooms for this family! Instead, the actress rode the train with her girls after watching them cruise around on a purple airplane.

In town for the premiere of Sacha’s movie, the ladies steered clear of the promotional drama the actor was creating to generate buzz for the film..  Not breaking character, Sacha played out a scene on a yacht with Elisabetta Canalis  that ended in ‘The Dictator’ pretending to throw her over board in a body bag.

While his form of comedy is not appreciated by everyone, he definitely commits to the project.

“He’s always pushing people’s buttons,” says Adam McKay, who directed Cohen in 2006’s Talladega Nights. “He does what great comics do, which is to skirt the line between making an audience uncomfortable and laughing really hard.”