Home » Isla Fisher Plays At The Park With Elula!

Isla Fisher enjoyed an afternoon with her youngest daughter Elula at a Central Park playground in New York on Monday. 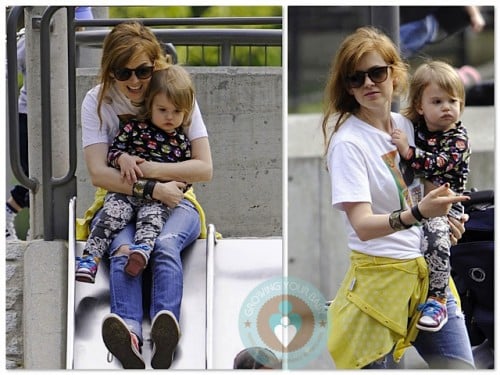 The actress supported her husband’s new movie ‘The Dictator’ by wearing a promotional tee during her outing. Elula wore a monster printed tee, floral pants and a pair of multi-colored sneakers.

Isla will soon be heading South of the border to film the female comedy Desperados.She has been very busy over the last few months filming Baz Lehrman’s The Great Gatsby in Australia and ‘Now You See Me’ with Jesse Eisenberg in New York City.