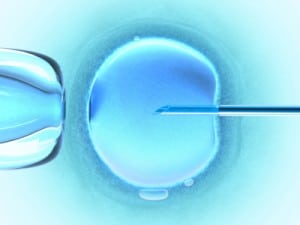 A study out of France, the largest of its kind, has found that babies conceived by In Vitro Fertilization are at nearly double the risk of having congenital malformations.

Researchers looked at 15,162 babies that were born from IVF assisted conceptions. Of those infants, 4.24 percent had serious malformations. This number was nearly double what the percentage of all children. Though the percentage seems small, it could have a huge impact on countries where IVF is frequently used. In Britain over 200,000 children were conceived using IVF since 1991. By this estimate, over 3000 of them would have serious congenital problems.

The reason for the increase is not yet understood. Some experts believe the IVF process may damage some embryos. Others suspect that women who require IVF to become pregnant may have a higher amount of already impaired eggs.

Lisa Jardine, chairwoman of Britain’s Human Fertilisation and Embryology Authority, said: “This is a serious issue and the new research is very significant. People seeking fertility treatment should not be alarmed because the overall extra risk is still quite small, but we need to make sure they are made fully aware.”

Minor malformations were also present in IVF infants at a higher rate. Of the infants studied, 365 children suffered from angiomas (a benign skin tumour). This is five times higher than the rates of all infants overall. Rare genetic disorders were also found more frequently, though those were already expected to be found.

Though the risk is still small, the increased amount is something that parents need to be aware of when they begin IVF.- Summer, staff writer