Home » IVF Process may Influence the Birth Weight of Babies 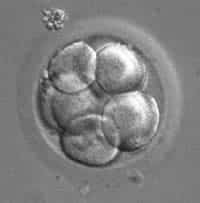 A new study carried out in Finland suggests that the birth weight of babies born after an IVF treatment may depend largely on the way the embryos were prepared during the in vitro fertilization process. Embryos that spend longer time growing in the culture might be born heavier.

Live Science reports about the study that was conducted by researchers at the University of Helsinki. The team analyzed information from 1,079 singleton babies (not twins) who were born after their mothers had undergone IVF.

They found that embryos that spend around five to six days being cultured before being transferred into the mother’s womb were more likely to be born heavier than normal for their gestational age. Comparatively embryos that spent about 2-3 days in the culture and then transferred to mother’s womb, eventually were born weighing less than the approximate weight of a baby in that particular week of pregnancy.

Previously it has been noted that IVF treatments may result in increased pregnancy complications, risk of preterm births and low birth weight. However this is the first time that a study has related the baby’s birth weight with the time spent by the embryo in the culture during the IVF treatment.

The researchers worked to determine among the study group, how many babies had been born heavier than the average gestational weight, how many lighter and how many weighed equal to the normal weight range were.

They found 10 percent babies were heavier, 10 percent were lighter and 80 percent of normal weight. The average weight of the babies was 7.7 pounds.

The study authors also noted that babies with a low birth weight were more prone to complications such as low blood sugar, and neurological disabilities, breathing difficulty and heart problems later in life. Babies that were born heavier also had increased risk of developing childhood obesity and related health problems.

The reason for the varying weight is not yet clear from the study ,though the authors believe that it might have something to do with the development stages that occur in the culture rather than inside the womb. It was also found that women with a higher body mass index or who had earlier given birth were more likely to have heavier babies.

The mother’s age, cause of infertility or method of fertilization did not affect the results.

The study was published online in the Journal Human Reproduction.