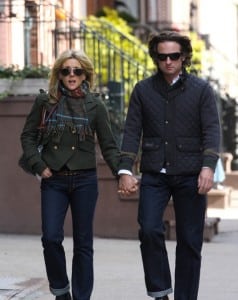 30 Rock and former Ally McBeal star Jane Krakowski is expecting! A representative for the actress announced the news on Friday, and made this statement to E! News:


“Jane and Robert [Godley] are indeed expecting a baby! Both soon-to-be first-time parents could not be happier.”

Jane announced her engagement to Robert a year ago, but the two have not yet set a wedding date. Speculation began to run wild after the actress was seen on the beach on Thursday with a very obvious baby bump. The actress is currently vacationing in the Caribbean.

Congratulations to the happy couple! This is the first child for both of them.

For more on this series, visit Sirlinksalot: 30 Rock.