The Screen Actor Guild Awards took place last night in Los Angeles, and the stars shined on the red carpet. Actress Jane Krakowski of NBC’s 30 Rock was in attendance, and she stopped on the red carpet to talk about her pregnancy. 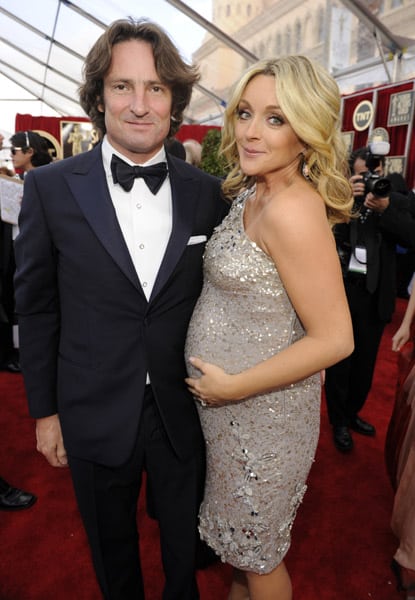 The actress has just started her third trimester and pregnancy definitely agrees with her. She looked gorgeous a Badgley Mischka dress.

As Jane and her boyfriend Robert prepare for the new little, she told Us Magazine,

As for cravings? She has been lucky,

“I haven’t really had bizerko ones. I like to drink a lot of juice. Only good things for the baby.”

The actress is due at the end of April. The new baby will be the first for the couple.