January Jones was spotted arriving at JFK airport in New York City with her son Xander over the weekend. 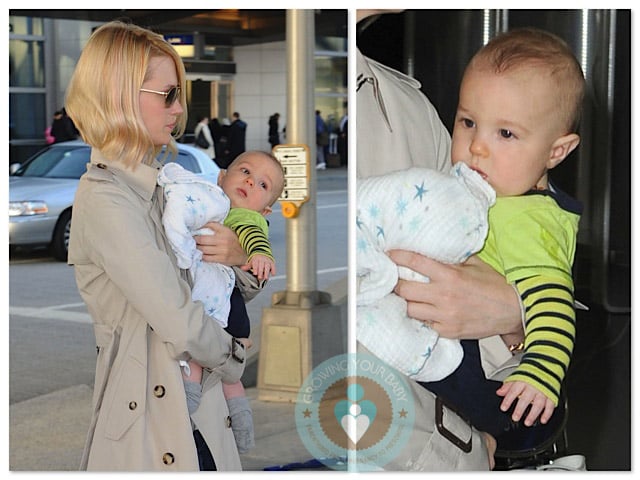 The tot is accompanying his mom while she promotes the long-awaited fifth season of Mad Men, which will kick off this Sunday, March 25, at 9PM.

She recently admitted to UsMagazine.com that she struggled to find a balance between her career and motherhood, but show executives made it easy for her to transition back to work.

“I was back when the baby was only six or seven weeks old so it was difficult. It was difficult to be a working mum and just juggling all of that.

“But everyone made it work and it was great. They made it baby friendly for me, because I’m the first female on set to have a baby so I got to bring him. He had his own room and I was able to work around it because I was nursing.”

Xander is now seven months old and is developing his own personality.

She says, “He is eating solids and he is just jabbering away. He’s becoming more of a little person. He is quite a charmer! I love to make him laugh. He thinks I’m funny and that’s always a nice feeling.”