Actress January Jones was spotted on the beach in Malibu yesterday afternoon while attending a party at Joel Silver’s house. 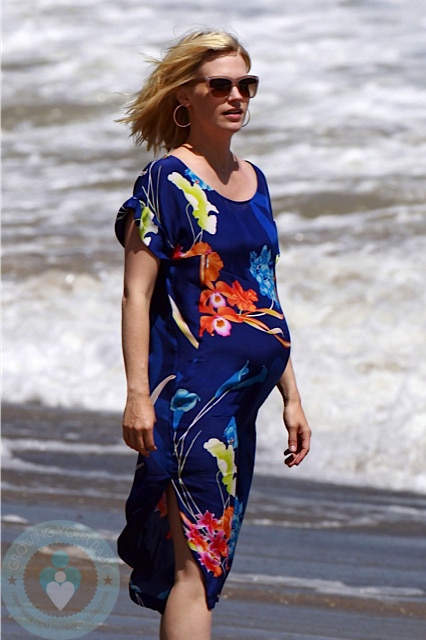 The mom-to-be stayed comfortable in a blue floral dress while enjoying some time with friends.

Matthew Weiner, executive producer of Mad Men has said that the writers have decided against writing the actress’ pregnancy into the show.

“I have to do something about it, but I’m not going to tell. It could be laundry baskets or it could be a body double. There are a million things you can do.”

He also said motherhood has been in the actress’ dreams for years.

“She has wanted this very badly,” he said. “She’s got a big heart and she’s been talking about having children since I met her, which is not always common with actresses.”

January’s baby, which is rumoured to be a boy, is due this Fall.