Home » January Jones Steps Out With Her Little Man!

A newly redheaded January Jones was spotted shopping for shoes with her son Xander in Silverlake, Los Angeles on Friday(June 22). 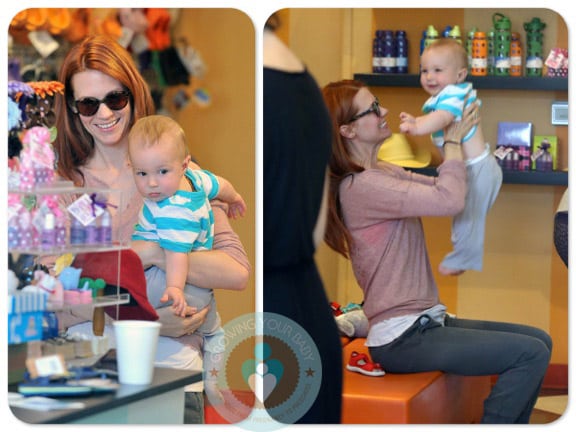 The actress, along with some friends, spent her afternoon shopping at Wee Soles picking out some Summer sandals and possibly some walking shoes for her little man. Xander is 10 months old now so he will be on the move soon.

Now that Mad Men has wrapped January will have some time to spend with him. Many of suggested that her new hair color may be for a new role, but it is possible she was just looking for a change. In March she debuted pink highlights, which she wore for a few weeks before returning her her blonde locks. I like the change. There aren’t enough redheads in Hollywood!