Family day out! Jay Z and Beyonce were photographed arriving at the premiere of Annie with their daughter Blue Ivy on Sunday. 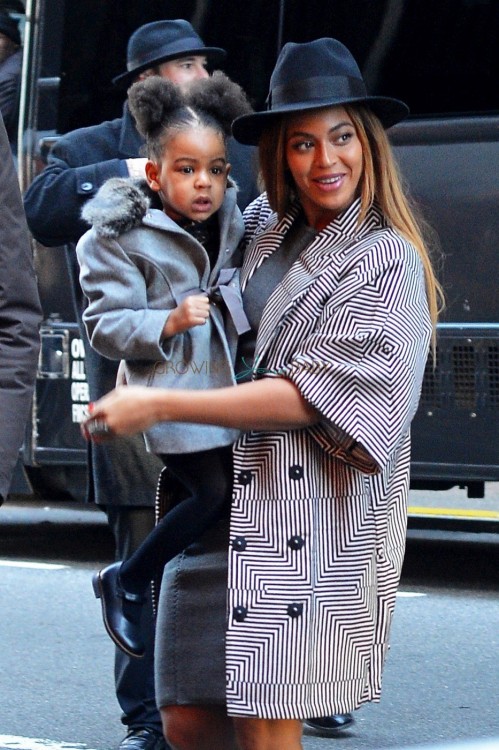 Beyonce carried her little lady into the Ziegfeld Theatre, while her husband posed for photos with fans.  Jay Z is one of the producers of the film and he also contributed to the film’s soundtrack.

On the way out of the premiere Jay was all smiles as he carried Blue, who was covered by a knitted blanket to keep her warm. 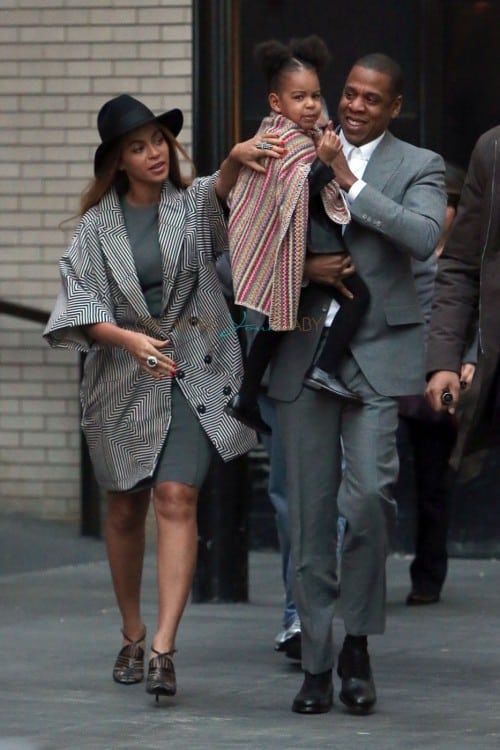