Home » Jay-Z and Beyonce Vacation in The South of France With Blue!

Beyonce and Jay-Z continued their vacation with their baby Blue Ivy through the Mediterranean Sea in the South of France on September, 6th, 2012. Celebrating Beyonce’s 31st birthday and the close of Jay’s Made in America Festival, the happy couple enjoying some time on their yacht with their tiny princess before going to the beach for some couples time. 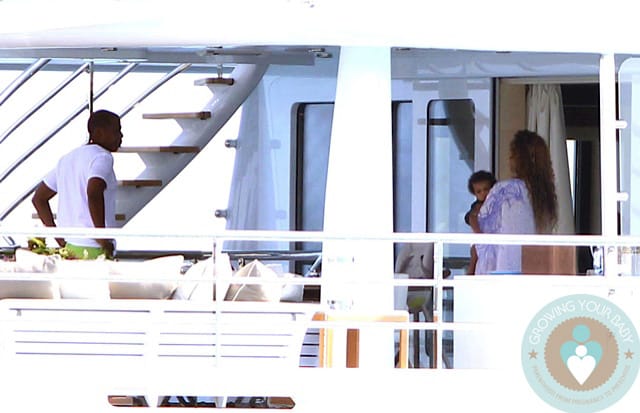 Jay and Beyonce took turns doting on Blue carrying her all over the boat.  We don’t often see them enjoying family time together, but it is very clear that she is the apple of their eyes. 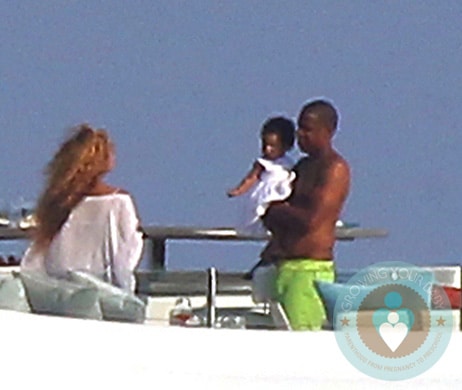 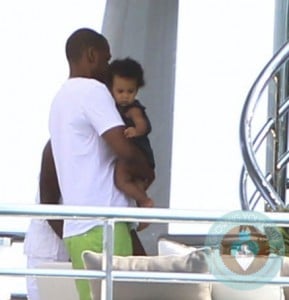 During an interview with the NYTimes, Jay told Zadie Smith that he was raised by the projects, an upbringing that gave him the skills to write the way he does. Still in NYC, he was asked ‘what will TriBeCa give Blue?’

“I actually thought about that more before she was born. Once she got here I’ve been in shock until maybe last week?” Her childhood won’t be like his, and this fact he takes in his stride. “We would fight each other. My brother would beat me up,” he says, but it was all in preparation for the outside. “I was going to have to fight, I was going to have to go through some things, and they were preparing me.” He smiles: “She doesn’t have to be tough. She has to love herself, she has to know who she is, she has to be respectful, and be a moral person.”

With two A-list celebrities as parents, Blue will have little to worry about. In recent months she has accompanied her parents while Jay was on tour overseas. The family will be returning home soon so Jay can get ready for a series of concerts he has planned in New York. He will play 8 dates at the Barclay Center in Brooklyn starting on September 28th.