Isn’t she cute? The rarely seen daughter of Sean Carter (Jay-Z) and Beyonce, Blue Ivy Carter, was spotted out in Paris on Wednesday with her parents as they left a restaurant. 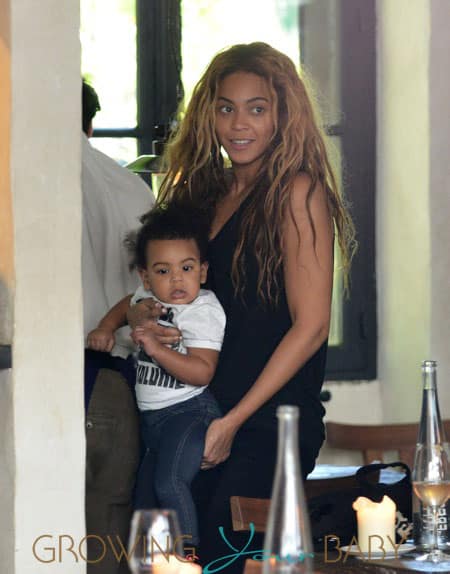 While dressed in a white tee, jeans and a pair of high top neon Adidas kicks, the toddler stayed close to her parents.

The family was in the city of lights for two nights while Beyonce performed at the Palais Omnisports de Paris-Bercy as part of her “Mrs. Carter World Show”.

The tour moves around Europe through the month of May and then the singer has a couple weeks off before she starts the North American leg.