Almost there!  Mom-to-be Jenna Dewan Tatum bundled up her growing belly in black on Tuesday while out for a stroll with her dogs Lulu and Meeka in London. 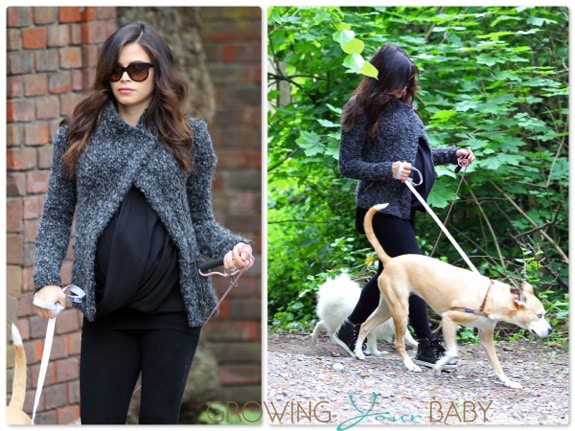 With just a couple weeks to go before her baby arrives, the actress has been keeping busy by staying fit.

When she returns to the United States she will likely start production on ‘Witches of East End’.  Lifetime has ordered 10 episodes of the show, which is based on Melissa de la Cruz’s best-selling novel of the same name.  Jenna will plays Freya when the show debuts this year.