Jennifer Connelly and Paul Bettany were photographed walking around the grounds of the Eden Roc Hotel with their baby Agnes on Thursday(May17). 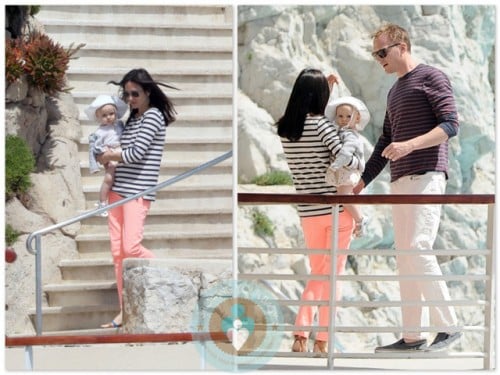 The couple are in Cannes to attend a special screening of Jennifer’s 1984 movie Once Upon a Time in America. Filmed when she was just 13, the movie which also starred Robert De Niro and Elizabeth McGovern was 269 minutes but it was cut to 139 minutes before release.

Twenty-eight years later, the 65th annual Cannes Film Festival will screen the original version in all its glory.

For her first trip to Cannes Agnes was sweet in a floral dress, sweater and a pair of Old Soles Petal Baby Ballet Flats.