It was a family day for Jennifer Garner and her three kids as they attended a Sunday Service in Los Angeles on January 11th, 2015. 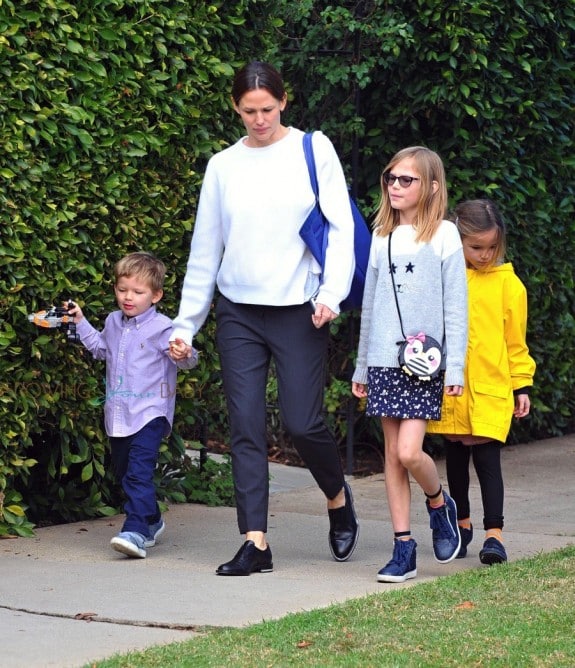 The actress was photographed heading back to her car with Violet, Seraphina and Sam after an early morning visit to their church.

The smart mama kept her little guy occupied with a race car that he kept close. 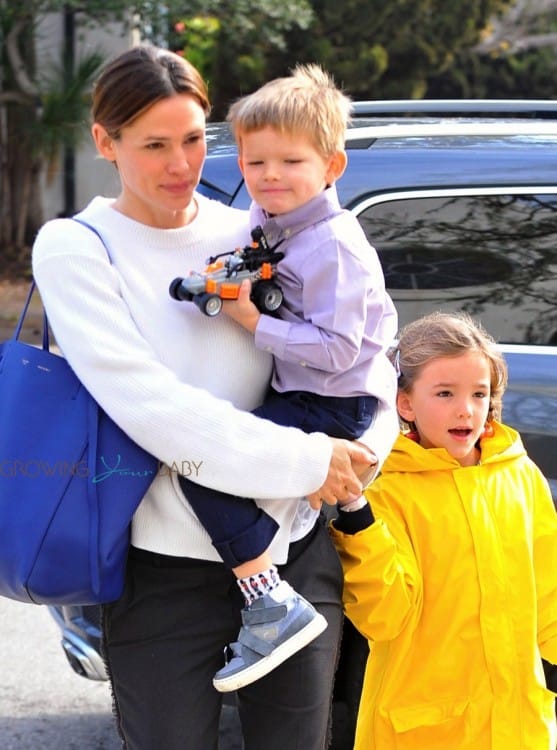 Jennifer has been busy over the past few months working on three projects.  Before Christmas she filmed opposite Bryan Cranston as his wife in the drama “Wakefield”.

She will also be back on the big screen in March when the movie she filmed in Atlanta this Summer, Miracles from Heaven, hits theaters!