Co-parenting at it’s best!  Jennifer Garner and Ben Affleck were spotted attending Sunday services together with their three children, Violet, 11, Seraphina, 8, and Samuel, 5 on August 27, 2017.

The kids arrived with Ben but left with Jen after the church service was over. 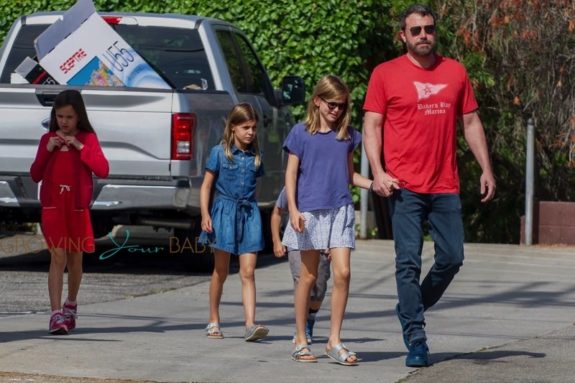 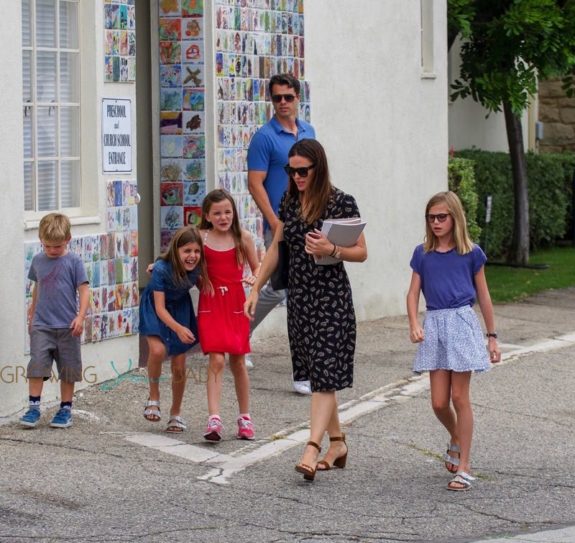 It’s been a few weeks since we have seen the couple attending church together as a family.  In that time it was revealed Ben had moved on and started dating Saturday Night Live producer Lindsay Shookus.

Going strong, the couple was photographed on Saturday morning out for stroll after having breakfast. 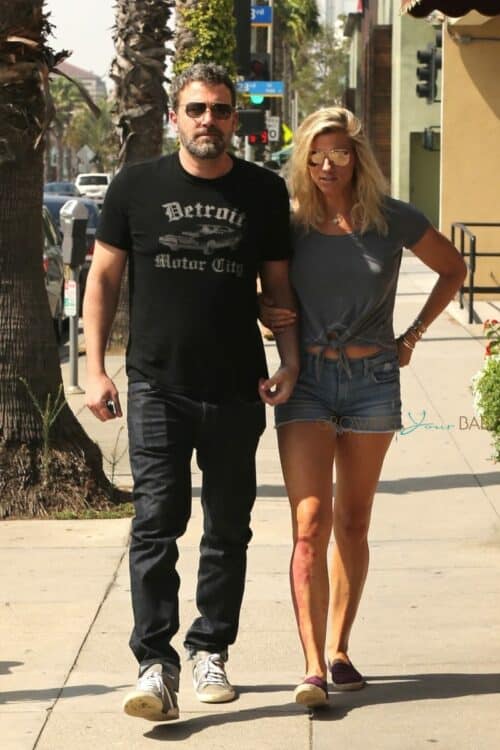 In Touch reports, “Ben really wants to introduce Lindsay to his kids, but Jen has put her foot down. It’s taken the whole family a long time to adjust to the divorce. Bringing Lindsay into the picture could be very jarring.”

They go on to say while he would like to introduce Lindsay to the kids, Ben understands where Jen is coming from. “They are both extremely dedicated to making this a seamless transition for the kids.”

This is something we’ve seen from both of them during their whole separation process.  They are very conscious of their family dynamic and spend a lot of time together with the kids.

Ben wrapped production on Justice League a few weeks ago so he will have more time in the coming weeks to spend with his kids.